Hi, I’m in my house right now, we’ve had this house for over a decade and we’ve never changed our smoke alarms (also, I have no idea if that counts as a fire alarm, it’s a smoke detector) and I want to know 2 questions…
Question 1: If I get a brand new dual sensor smoke alarm, will the entire system go off if the battery runs low?
Question 2: Should I replace all my smoke alarms? They’re all around 15 years old, most being manufactured in the late fall of 2006.

All of which are LifeSaver Ionization Model 1275 smoke alarms… and they seem pretty trusty based off the 10+ years we’ve lived here, they’ve only gone off to warn of low battery. There’s been a fire in the house, though it was enclosed.

#1: No, only the units needing their battery changed will chirp. However, if one of them is tested or detects smoke, then the entire system will sound, as they should. (if the detectors are AC & interconnected at least, battery-only units won’t unless they’re wireless interconnect models)
#2: Yes you should, smoke alarms should be replaced once they reach the age of 10 years old. Dual-sensor smoke alarms are the best money can buy, as they offer you the best possible protection. Also be sure to buy a CO alarm if your current one is over 5-7 years old or you don’t have one already. (only if you have a fuel burning appliance)
This is optional, but don’t throw away your old alarms: send them to a collector like me who will take good care of them. (they may not be able to be used for actual life safety purposes anymore, but they still make good display pieces for collectors like me)

Your first answer confuses me.

Usually, my smoke alarms activate in the repeating fire tone pattern when the batteries are low. Only when we disconnect the smoke alarms from the system do they chirp, and by chirp i mean just one little chirp. We’ve had this happen twice within a year, October 2020 and this February. Usually before my room’s smoke alarm goes off, I hear another alarm outside of my room.

I do have a theory though… maybe it’s the smoke alarm in the basement. Where we live, we bought the house WITHOUT a finished basement, which dust might be floating around and triggering the alarm. Unfortunately, and most dangerously, we’ve never tested our smoke alarms. Not even a push of the test button. I could ask my parents, they’d probably deny it.

In all likelyhood it’s probably just the age of the alarms that’s causing them to malfunction, what I described is the way smoke alarms SHOULD sound when they’re operating correctly. Me & my family once lived in a house that had smoke alarms original to the house, which eventually started to malfunction & beep randomly, prompting us to replace them. After that the new ones didn’t give us any trouble. Replacing yours SHOULD fix the problem.

Once you install the new alarms, be sure to test them with smoke. I’d recommend Smoke Sabre: http://www.smokesabre.com Safer than matches, fully recyclable, won’t damage or affect the sensitivity of the detector, & easy to use.

That might be the case of your alarms either malfunctioning or actually warning of a low battery. (which… is strange if it’s giving off the fire tone if it is?)

Smoke alarms today should only chirp whenever a low battery condition is present, and sound the Temporal-3 tone if there’s a fire. If I recall correctly, all smoke alarms with replaceable batteries should have been discontinued in favor of sealed 10-year batteries due to how annoying it is to replace them. That is, unless your alarms are wired-interconnected which it appears to be your case.

The smoke alarm was going through the fire tone. Luckily, it’s yet to happen again, but I’m sure it’ll happen again. I think it’s just that our smoke alarms are still being used past its expiration date.

Yes, I’m fairly certain that’s the reason too. Replace them & you should be good to go. (& like I said if you’re not sure what to do with your old detectors, feel free to contact a collector like me, who’d be more than happy to take them off your hands for you)

I just realized a few more questions if i’m going to replace my smoke detectors…
My smoke alarm looks exactly like the one in this picture: 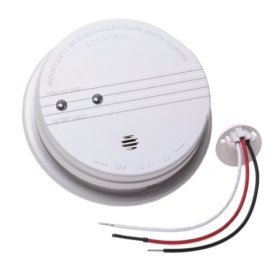 #1: That all depends on what you mean by “universal”.
#2: I wouldn’t recommend so much the brand as the sensor type, in this case dual-sensor (ionization & photoelectric) as they offer you the best possible protection. Examples include First Alert/BRK’s 3120B & SA320/SA320B/SA320CN, as well as Kidde’s PI2010 & PI9010. (the only difference between each pair is the power source: one is battery-powered while the other is AC with battery backup)

By universal, I mean will every smoke detector fit in the same plate or no?
I know, dumb question.

As long as you know which wires are power, and which one is data, you can easily retrofit many other companies’ alarms to use the already-present power and data wires. You may have to reattach the wires to the harness, and there are many video tutorials out there. Also, the most important advisory I must say, 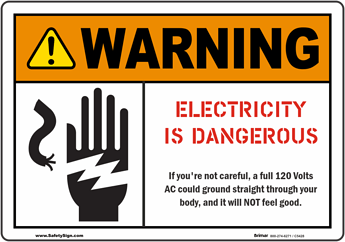 Hi… There are two sorts of smoke/fire indicators, 1) ionization and 2) photoelectric. Rather than depending on only one kind of indicator for smoke/fire, I emphatically propose getting a blend of the two sorts, introduced at the standard suitable areas, for each level of the house. One sort is a “quick fire” fire indicator, the other kind is for seething flames. … In tests, ionization cautions will normally react around 30 to 90 seconds quicker to “quick fire” fires than photoelectric smoke alerts. In any case, in seething flames ionization alerts react a normal of 15 to 50 minutes more slow than photoelectric cautions. There are additionally some more costly smoke/fire finders that have both identification advancements in every identifier.

Could you perhaps send me a link to where I could buy a combination ionization and photoelectric?

If you have an interconnected system, make sure the detector you order is compatible with the devices you already have. Also, some models may not fit the wiring harness or base and something may need to be changed when you replace your detector. (Personal experience)

I’d recommend replacing all detectors in the system, as well as replacing them completely: base, unit, and AC connector.