Any info on these panels? 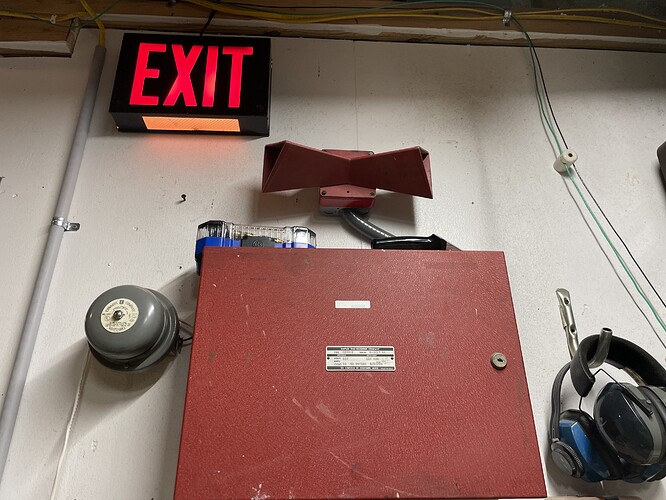 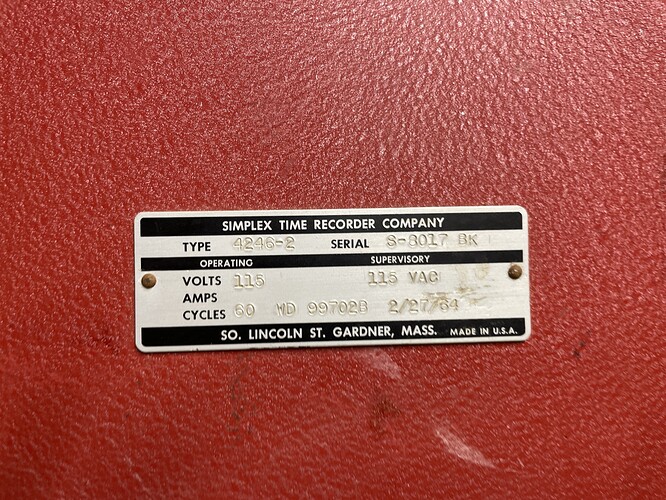 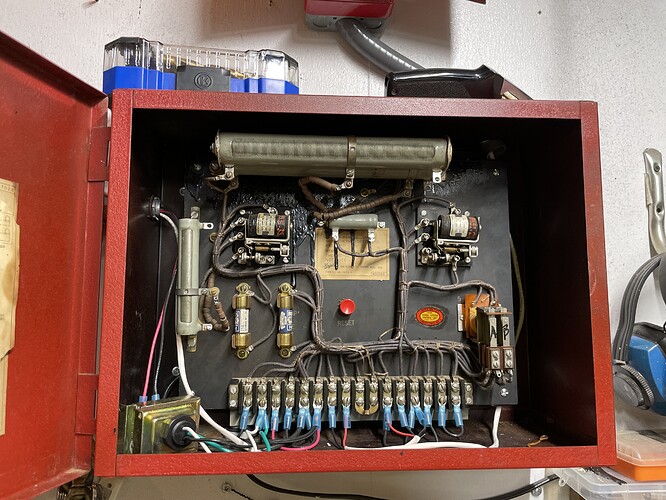 Thanks! I bought it off of eBay for a very good deal not too long ago.

Glad to know it’s in the hands of a collector & not still in a building where it could be gutted or junked by a technician unaware of how rare these panels are.

I see you connected a 24VAC Edwards bell to it, probably to act as a trouble bell (funnily enough I saw a couple photos of a German Simplex 4208 the other day & noticed it had an Edwards bell hooked to it as well), & that you interfaced it to the panel (which is 120VAC) using what I assume is a 120VAC-to-24VAC transformer.

By the way, welcome to The Fire Panel Forums.

Old School Fire Alarms would know for sure, it looks like an IBM panel from the 50s, when Simplex and IBM were in some partnership and created the infamous 4030.

I don’t know if IBM & Simplex ever had a partnership together but I believe Simplex only got into the fire alarm industry when IBM sold them their fire alarm division in 1958 (along with their clock division too I think), that’s why IBM & early Simplex fire alarm devices have similar (or even identical) designs.

Those are amazing old panels. Crazy how they still plug along today like they did back in the day as opposed to modern crap that seems to always have something fail. I have one of these panels in my collection as well. It is a special unit model with an auto silence timer.

What’s your youtube channel name? I don’t believe I have ever seen the video you speak of.

NEOhistoryfan101 is my YT channel name.

It should be the first fire drill video with the system tour at the end!

I wonder this. As I have both a Canadian IBM 4246-2 (made at IBM in Toronto), and a Simplex 4246-2. Both look very similar, with some slight differences. I’ll have to take comparison photos sometime.

Please do. Im curious as to what the differences are.