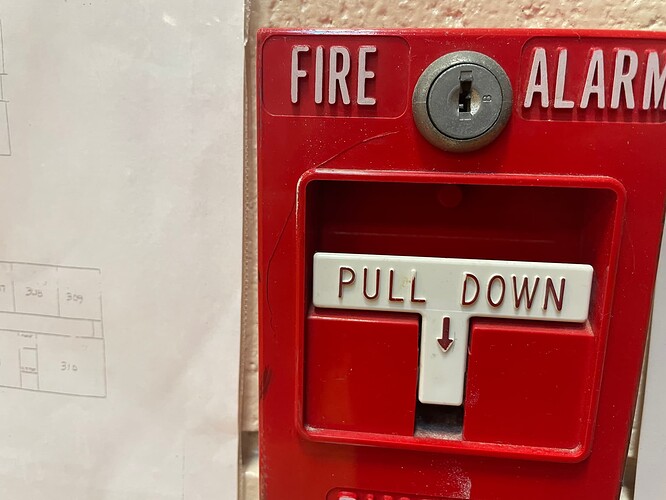 This is a cracked Simplex 4251-20 pull station in the gym of one of our schools. Who knew having no guard to protect a pull station from physical damage would lead to damage. We are helping to replace the whole system this summer so it won’t be in service much longer. And don’t worry, I am saving everything that’s getting removed, but I’ll post more on it when we’re doing the upgrade.

Did they say what system they bought? I hope it is not a newer Simplex system, that is why my Middle school had a new fire alarm system put in.

It will probably not be a Simplex panel since this is an independent company that is not affiliated with Simplex, but it seems like they like to install System Sensor L-Series devices, but I will not know until it’s on site.

Oh okay, so that leaves me to believe that it might be one of the following.

These are all Honeywell brands (Including System Sensor).

At least it won’t be an Edwards or a newer Simplex, because those tend to be really crappy systems!