Came across an unusual alarm that I had to buy. It sounds like a smoke alarm in marchtime. A google search comes up with no relevant information on it. Does anyone know of any possible documentation? 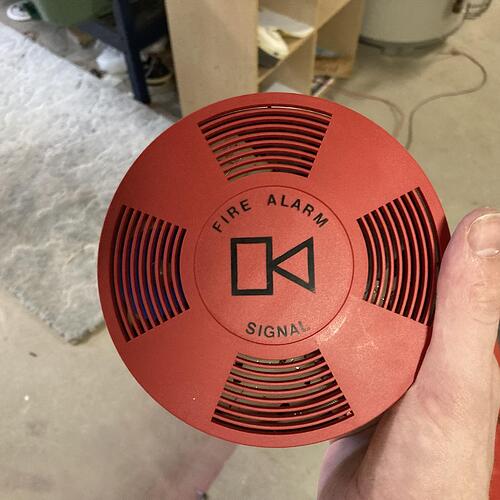 Wow, I have never seen a device like that! It appears to reuse the cover design from an ESL 300-series detector, which I used to have one of (forget the exact model number though). Is it a remote horn or what?

Yeah, it’s a remote horn that can either mount to a single gang or octagonal box

I wonder what inspired ESL to make a remote horn that literally reuses the the design of one of their smoke detectors. I believe this is also the first ESL-made notification appliance that we know of. Got a couple more pictures of the back & inside? I’d like to see more of this device myself.

Here’s a few more photos, I might consider doing an in-depth video on it tomorrow 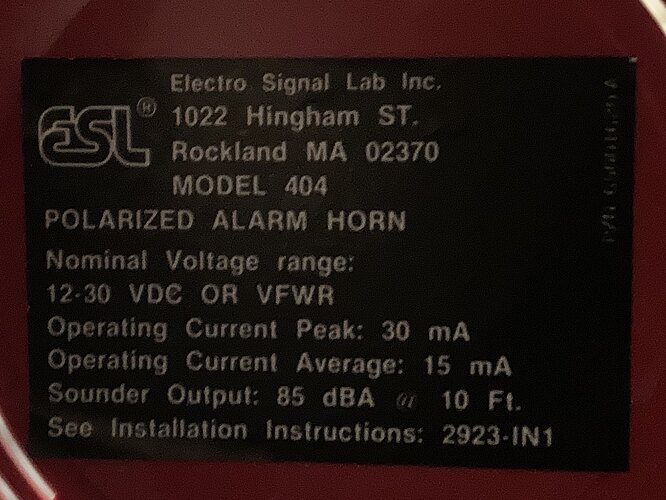 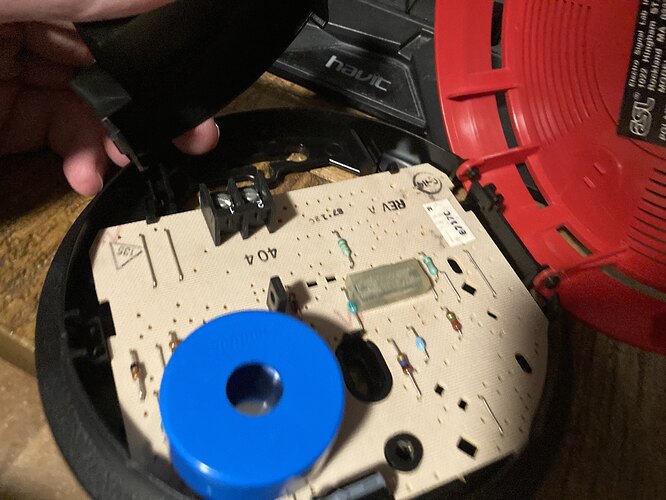 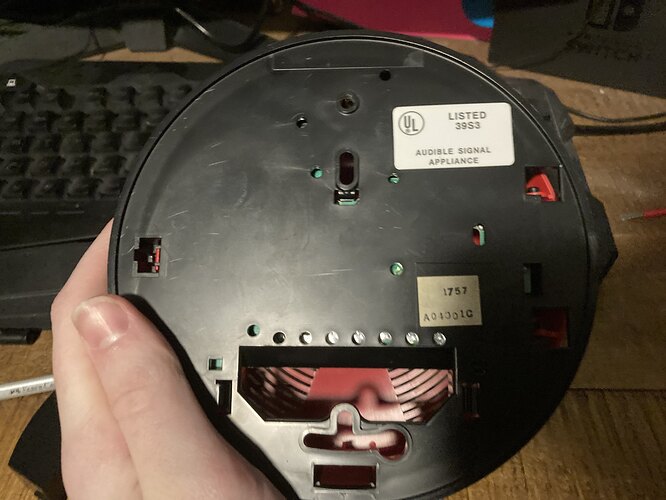 I’d love it if you did, especially if you let us hear what it sounds like.

Interesting how it seems like they reused the exact same circuit board & everything from one of their 300-series smoke detectors, but the only circuitry on it is the horn, the terminals that power it, & a couple of resistors & other small components, that’s it.

Oh yeah. The reason for the latter is because (as far as we know anyway) it’s extremely rare (heck I didn’t know it even existed until now).

I already have a quick vid of what it sounds like, but I’ll be sure to get good video of its innards. Now that is neat!

Is there a reason why the video froze at the end & a bell rang?

Corrupted video, and that was a trouble bell ringing because resetting the panel caused the trouble relay to go back to normal

So upon further looking, it would appear that GE at one point bought or absorbed ESL (based on Walmart and Amazon listings), so that would mean the best bet for getting information on this alarm world be from Carrier.

Mhm, that’s what I said some time back in another topic, though I doubt any current employees would know anything about a device so old & so rare.

Yeah, it’s very doubtful that we’d have much luck. However, @kcin556 did have luck getting some literature on the Gamewell M69 as seen in this thread, so it’s not impossible.

As for the video, here ya go Paying a bit more attention to it when going off, it sounds like it beeps 16 times before skipping a bit. Not sure if it was always like that or if it’s age, but the fact that 16 in exponential form is 2⁴, I feel it has something to do with the the program of the IC chip in the alarm

I noticed that, very strange behavior if you ask me.

To be fair, it is an old device and 16 is a common multiple for programs because of binary. Maybe that’s as much as the program could hold?

Maybe, though I doubt a device so simple has a microcomputer or anything similar in it.

That is a good point. The IC is probably something similar to a 555 timer. If it wasn’t encased in resin, I’d have a better idea of what the heck it is

So I took some time to remove the resin as best I could, and it turns out to be a Texas Instruments IC 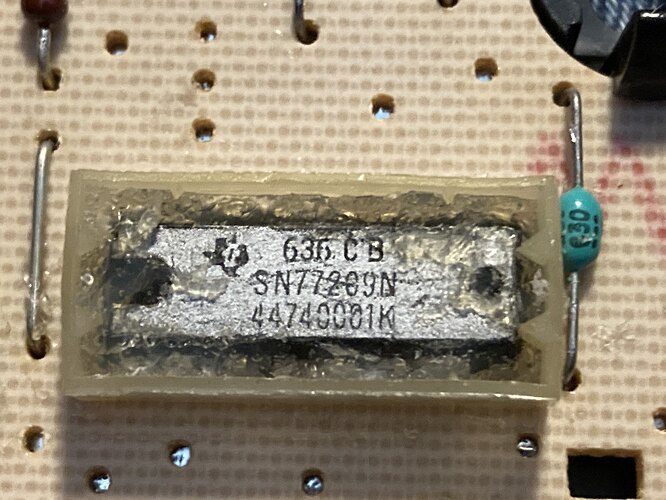 Are you sure that’s the chip in charge of pulsing the horn?

I’m fairly sure, it’s the only chip on the board 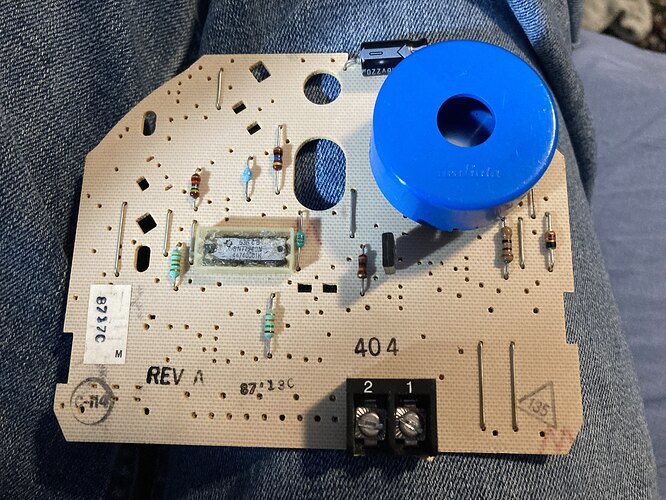 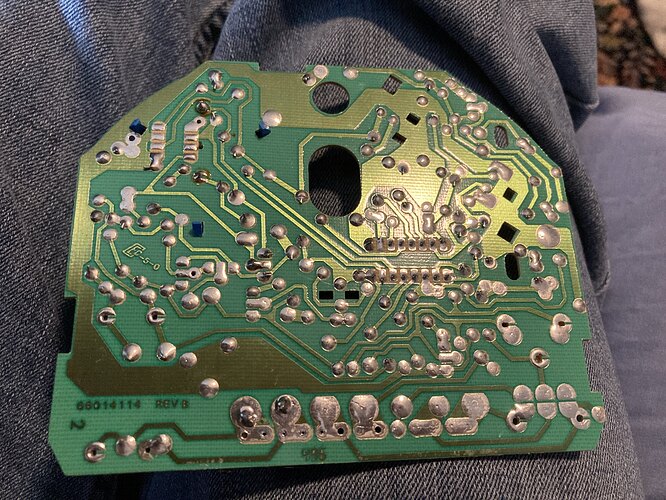