I recently acquired a couple Faraday 10123-1 pulls several years after ruining my first one from losing the reset tool. However, when they arrived I noticed some differences between my old one and new ones. Namely, the locks were made of plastic instead of metal. For this thread, I am using the plastic lock pull that is in better shape for comparison 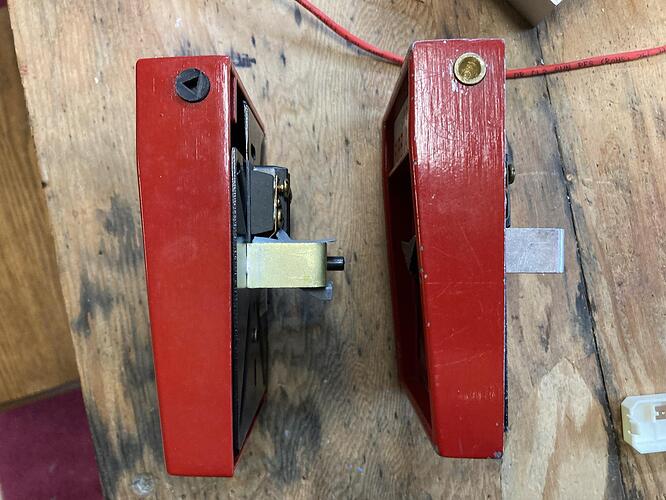 I also found information on them from this pdf from firealarmresources that showed a metal lock, and a circled logo. Below is a comparison between my pulls and the PDF 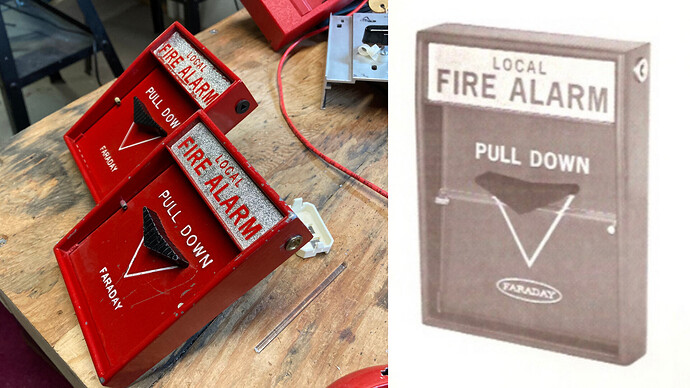 One thing that comes to mind is the possibility the lock was changed to plastic due to it being able to strip should the wrong tool be used (see the metal lock version of mine).

Additionally, I noticed that the catalog listed presignal variants which had different model numbers 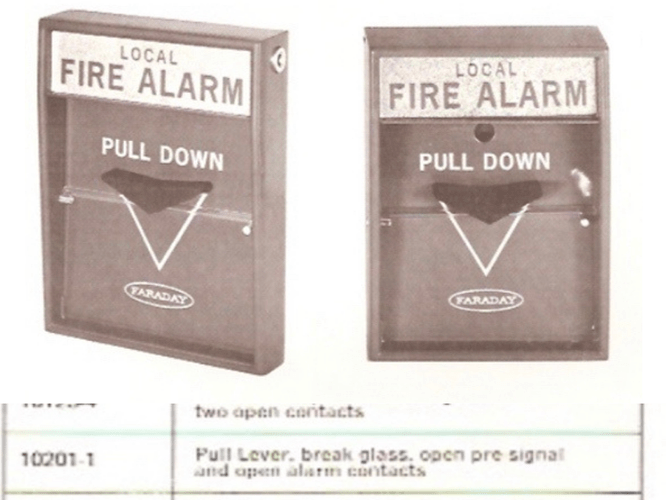 Knowing he had one, I asked VintageVibratone for some pictures of it. 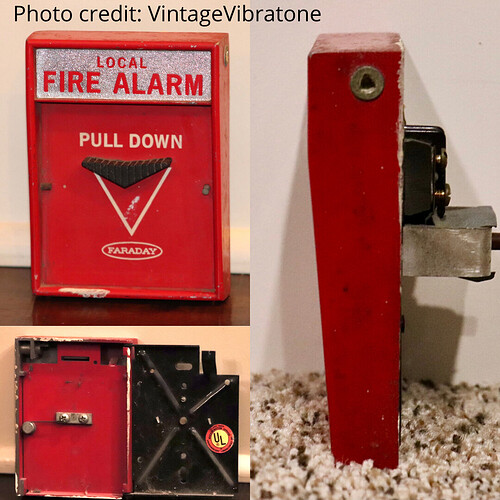 As you can see, it has the older circled logo, a metal lock, and a springloaded breakrod retainer. It very much resembles the brochure 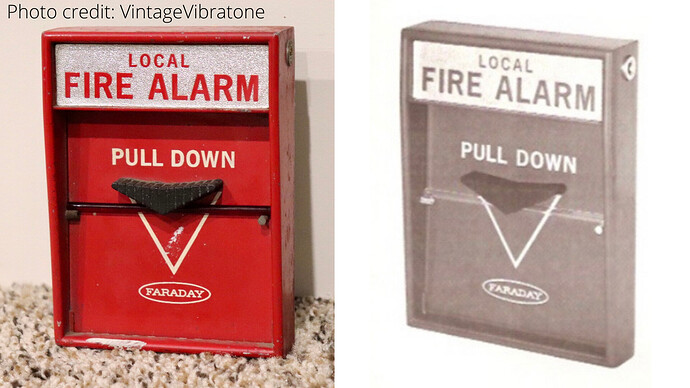 This leads me to believe that there are three generations of these. Any other information or new designs to share would be appreciated.

A fellow member on the FATAC discord was sent this image by a friend (who gave me permission to use it for this thread) of what appears to be a fourth design of the pull. 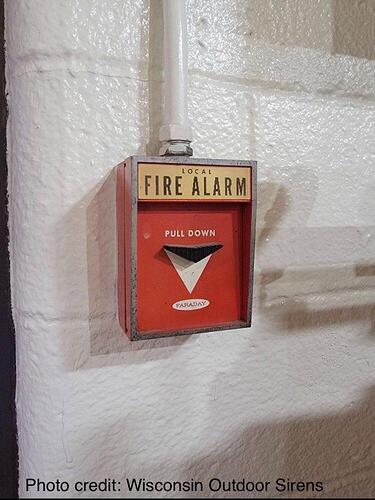 It seemed to be agreed there that this was the first generation, but we could be wrong…

I found what appears to be a 5th variant some time back on this website, which has a bunch of interesting things related to Faraday: Vintage Faraday Fire Alarm - C-Tek Systems, Inc. (cteksys.net)
Here is the pull: pull1.jpg (640×480) (cteksys.net)
As you can see, it has the filled-in oval logo of the 4th variant, but the non-filled-in arrow of the other variants, as well as what looks like a differently-colored label.