Have you seen this pull station before? 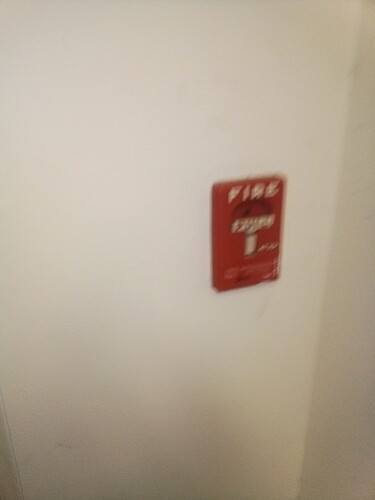 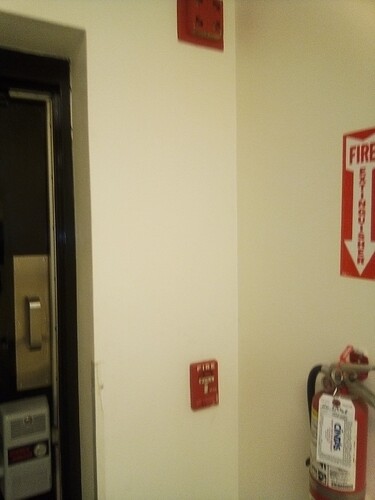 I found this unusual pull station in a local department store. I have never seen it anywhere else. 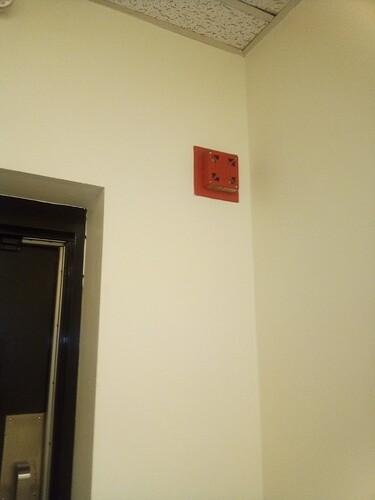 The NA above the pull station.

Ah yes, I’ve certainly seen it, I have one myself in fact. I’m not sure who originally makes it, but it can be found branded as “Unitec”, “Spurling”, “Honeywell”, “Harrington Signal”, & “Potter”. The Unitec model number is “FA-50” (which might be the same with the other brands). Mine was made in 1975 to put the era of manufacture into perspective. It’s a very rare pull station indeed. In fact, you oughta try to save this one if you can.

The store has two pull stations. The one at the front of the store is an ordinary BG-12. That pull station must have been replaced whereas I think this pull station in the back near the restrooms was there when the store was built in 1989.

Maybe, & if that is indeed the build date for that store that might mean that the FA-50 was made up until the late 80s at least.

The system in the store is pretty small. Two horns and two pull stations. Old codes that have been grandfathered.

Yeah, grandfathering happens all the time.

It’s pretty much gonna stay that way until they eventually have to replace the panel when it finally fries.

Unless they leave the devices in? Where I live they do this all the time, just replace the FACP and leave all devices in place

In fact, I have seen the pull in the upper picture. I have one (that’s kinda yellowed because it’s outside) in my school. It’s likely a Potter FA-50.

Depends on the system, but most conventional initiating devices you can definitely just shove a monitor module behind any of them. The daycare I did recently, I did have to replace every initiating device, and every horn strobe, It was a Fire-Lite MP-24, and we replaced it with a Notifier NFW-50X. The smokes and heats were way overdue, and one of the pulls didn’t initiate an alarm anyhow. All of them old Fire-Lite Devices, wish I got pictures of them before they got thrown out.

Most takeovers and had panel swaps where yeah pretty much just label the wires and transpose the m to the new panel. The dumbest one I’ve done was swapping a Bosch CF panel with a Honeywell Vista CF panel… forgot all about the poppits and I wondered why the Vista was in trouble and then that was another two days of converting those poppits to regular wiring. 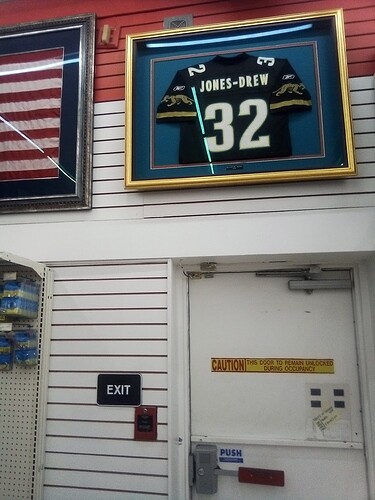 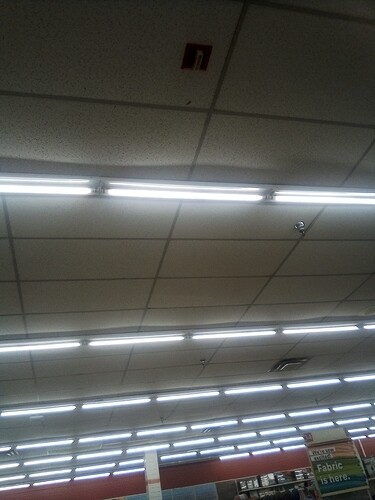 Here are pictures of a fire alarm system in a Michael’s located in the same shopping system. It is also an old grandfathered system.

I swear I see those ADT/ESL 5060 pull stations everywhere now. Those, and the BG-12s are like the Garfield of pull stations.