My friend lives in an circa-1970s apartment complex with several 2-3 story buildings. All units are accessed through an outdoor covered stairwell/hallway (there are no interior hallways). I noticed some odd wooden covers around the height of a pull station/notification appliance in the hallway of his building but thought nothing of it.

I had to stop by another building in this complex to pick up an item from Craigslist and noticed this rather tiny and interesting system: 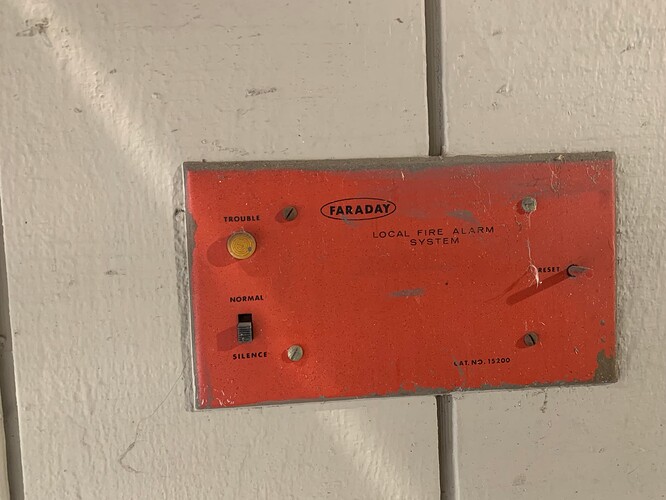 IMG_18081920×1440 146 KB
Faraday “Local Fire Alarm System” panel. Note that the silence switch is in the “silence” position, trouble light not lit. Behind this plate is likely a couple of relays, enough to handle this tiny system. 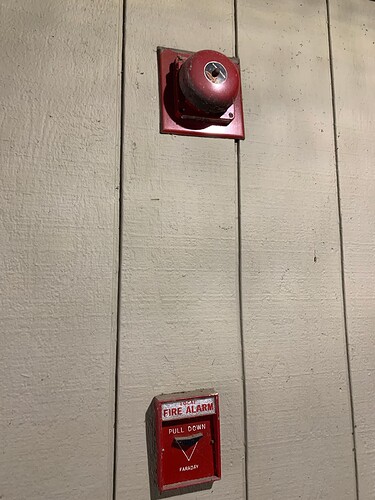 There was one pull and one bell on each floor (2 floors) but no other NAs or initiating devices (none in the apartments themselves). I believe the system is probably disconnected or turned off - I obviously didn’t pull it or try to test it in any way.

What’s interesting is that the system did not appear to have a key or any kind of enable/disable control, meaning anyone could walk up to it and silence/reset it. Perhaps this is intentional so tenants could easily reset alarms (which is illegal unless you have permission to do so). However, there was no key/screwdriver to reset the chevrons, so they would have no way to reset a pulled one.

Wow…I do believe that’s the smallest fire alarm panel I’ve ever seen! (& probably one of the most basic I’ve ever seen too) According to the number on it it’s model “15200”.

Odd design flaw regarding the lack of a key switch or similar mechanism for the controls.

Kinda hope someday this entire system gets saved by someone someday, especially given the rarity of that panel.