Is it illegal to leave unused pull stations in a system? 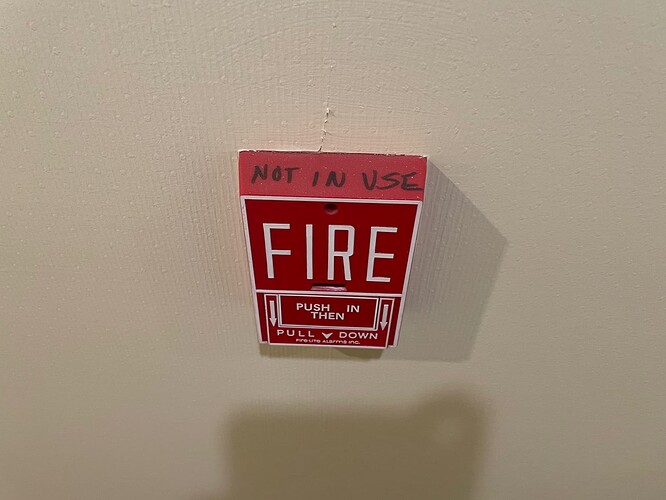 Saw this BG-10 pull station at our job-site today, with “not in use” written in sharpie on top. This building has an addressable panel so they are definitely not used anymore. That said, it seems very illegal to have a pull station installed in a building that will not put the panel into alarm. I’m not a fire tech so I don’t know, so feel free to leave your thoughts on the subject.

I’m not a tech either but yeah it does sound like a bad idea to leave stations that aren’t connected to the system in the building like this. Who’s gonna read the “not in use” sharpie when there’s an actual fire? The least they could’ve done is remove the station and put a plate over the box.

Considering that pulling it wouldn’t raise an alarm, it’s basically the same thing having a irreparable malfunctioning pull station in the system.

Abandoned fire alarm equipment shall be marked “not in service” until removed.

As things stand, it isn’t currently “illegal”, otherwise there wouldn’t be provisions in the code for this, but those devices should be removed as soon as reasonably possible. As it is now, there’s nothing technically deficient here, at least with respect to the letter of code.

It’s also worth noting that they left old smoke detectors, and old notification appliances in the building. They left several ESL 429CT smokes, as well as several Wheelock 34T-24 horns that are unused. It seems the only thing they removed was the old panel.

How long ago did they decommission the old system?

Are the devices in the new system next to the old ones? So long as building occupants can be notified of a fire in minute’s notice and the old devices are marked as out of service, I wouldn’t worry too much.

As Robert said, it’s not illegal as long as its made clear that the devices are non-functional, but they really should be removed from the system to prevent any future confusion (especially in the event of a fire).

I’ve done electrical work in this building for at least 2 years, and these devices are still there. There are only 2 pulls that are marked like that, one is in the middle of a hallway, another is at a doorway leading to an entry vestibule that should probably be an active pull station. As far as the old smokes and horns, there only 3 horns and probably 6 smokes that are unused. Not many to begin with, but it wouldn’t taken very long to remove the old devices. If there is a fire, and someone sees a pull station, there is a very good possibility they will not see the “not in use” written on the top in the heat of the most moment.

From the NICET Fire Alarms group: 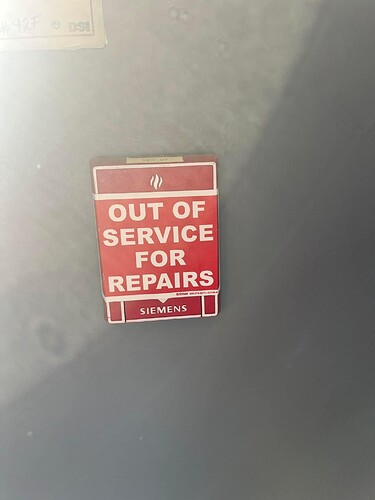