The latest addition to my collection is here! 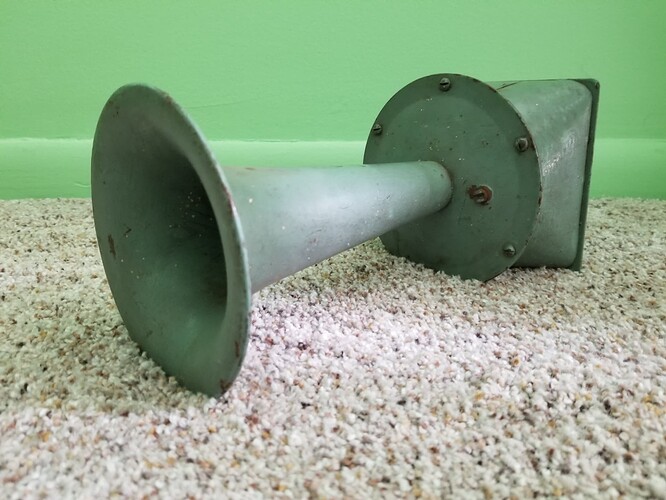 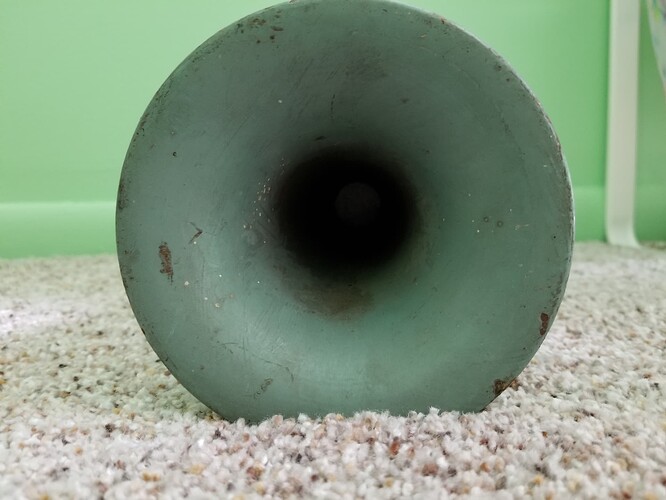 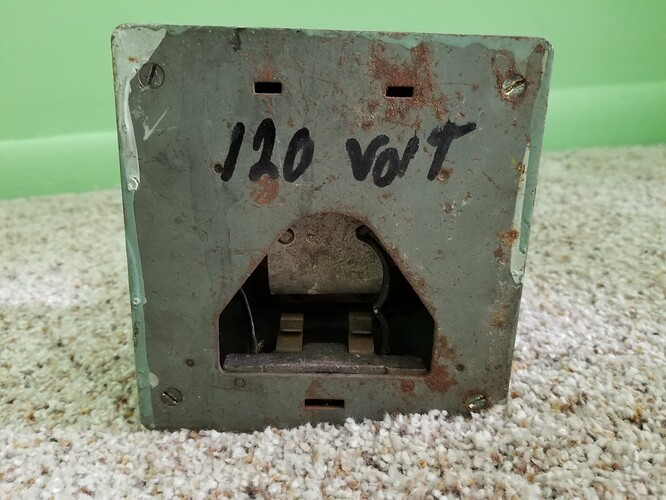 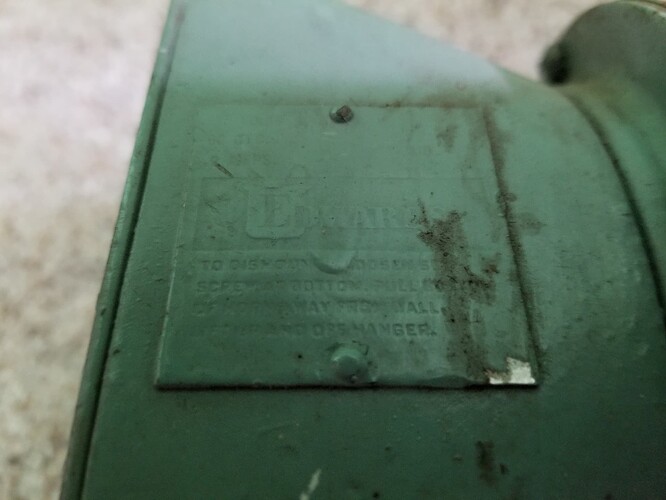 This is my Edwards 310 fire horn. I found this at an antique shop, and one of the previous owners had painted over the entire device (including the serial tag), so much so to the point that the seller advertised it as a “Green Horn”. (I was only able to confirm the specifications with online research and my smartphone’s camera light.) A previous owner had written “120 volts” in permanent marker on the back, but the device is rated for 115 volts. I’ve never seen these in the wild, but I do know that a dual-horn variant as well as a variant without the projector exist.

This bell came paired with a Universal Security Instruments burglar alarm box, but the bell can be unscrewed and used as a standalone device.

Neat! Wonder if it’s the predecessor to the 1st-generation Adaptahorn (round & with a projector like the one on this horn). Odd if you ask me how the base is cow bell-shaped even though the plate on the bottom of the projector is round.

Don’t know why someone would paint it unless it was to make it look better if the original paint was chipping & peeling (not to mention possibly rusting as well).

The projector reminds me a lot of the one on the Benjamin Electric/IBM/Simplex 4030.

Thanks for the comments. I’ve never seen an Edwards 310 in the wild, but I do know that the since-demolished Redford High School in Detroit had these (in red and without any projectors) in one of their wings based on old photos I found online. A gray, dual-projector version was found in a fire drill video uploaded by YouTube channel PeriscopeFilm a couple of weeks ago.