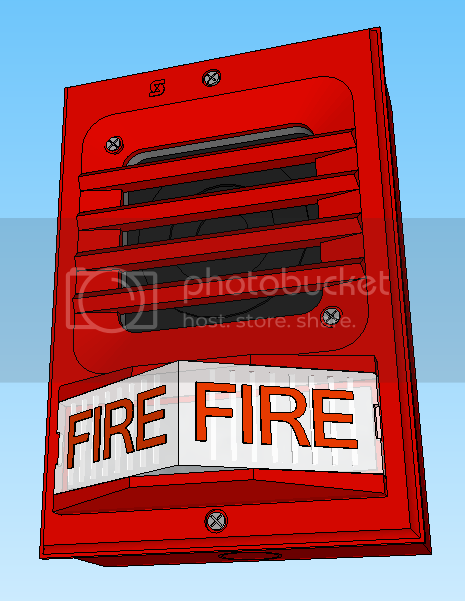 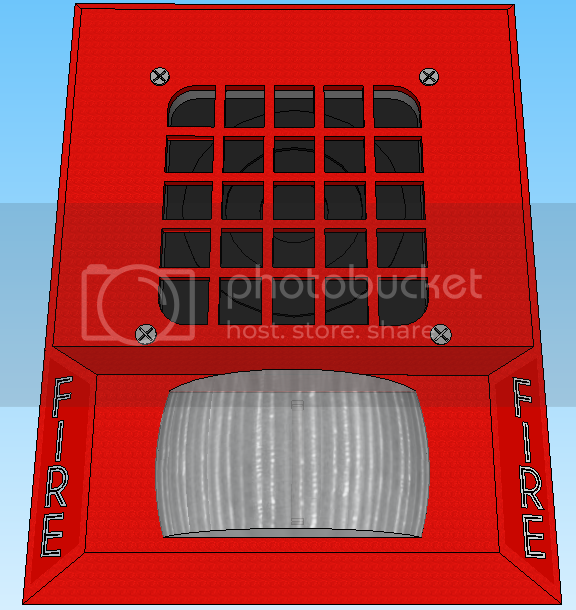 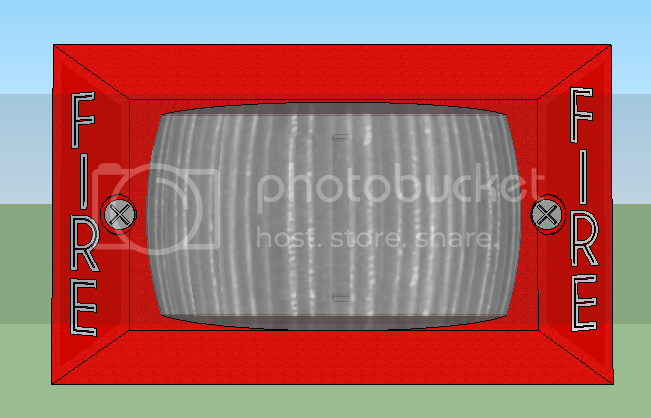 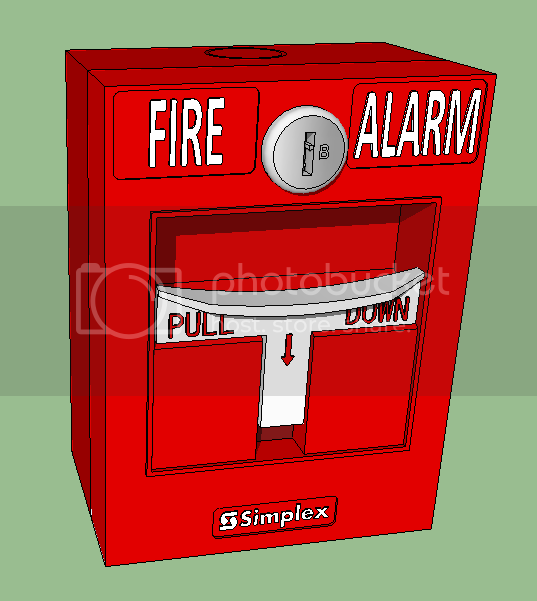 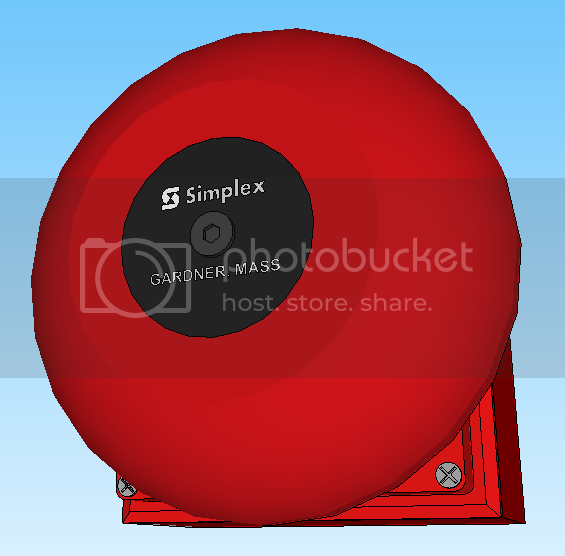 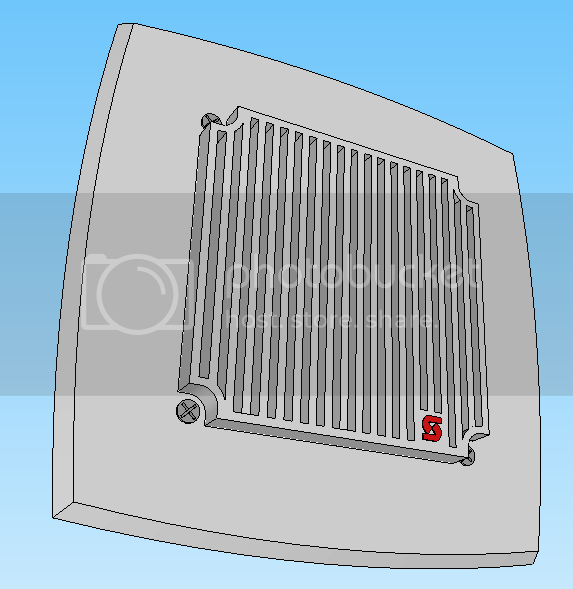 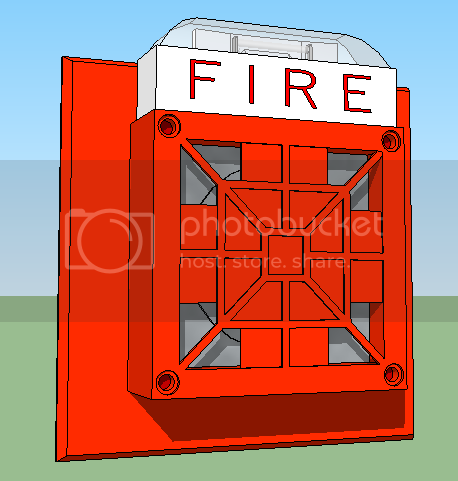 My own idea - a Wheelock 7002T-24-MCW! The horn and strobe would be wired in parallel, and it would have a code 3 option.

Far out! The Wheelock 7002T-24-MCW would actually be practical if the strobe wasn’t pointed upward.

(And if it didn’t have Wheelock’s infamous amount of current draw.)

The strobe is pointed upward, but the reflector is pointed towards the front. There’s probably still a coverage gap, though.

Have you ever done buildings in Sketchup, or just smaller stuff? I use Sketchup a lot to design buildings (or recreate those that exist in real life) so I would love to see any larger models you have done

Sorry. When it comes to buildings, I’m clueless.

I decided to try anyway. This is about 25% done.

I decided to try anyway. This is about 25% done.

Just for grins, here’s my current building I started working on about 2 months ago. This is a manufacturing and engineering facility for the fictional “Stern Drive Corporation.” I’d say I’m about halfway done with the structure itself and the exterior, and I still have almost all of the interior to complete.

Wow! That’s amazing! Did you make those window textures yourself?

No, I got a picture of some old factory windows from Google and cropped it to one section. I created a new Material and imported the picture, then added transparency.

What if Wheelock made a miniature version of the RSS? Introducing the RS1S:

Unlike the regular RSS, the entire device would snap onto a back plate, and would be screwed in.

I’ve kinda wondered what a 34T would look like if it had a vertical LSM strobe on the front, and was flush-mount like these horn/strobes.

I did two versions. One is a 34T behind a flush plate, which Wheelock actually offered, but I added an LSM strobe on the front. This would be a 7001T-24-LSM, and would use slightly less metal than slapping an LSM strobe on a V7001T’s housing.

Awesome, that’s exactly what I was picturing. Nice job!

Some pull stations and call points I designed.

[attachment=1]Wheelock MPST-200.png[/attachment]
This one’s for Wheelock. It was inspired by the Simplex T-Bar, along with the BG-8 and BG-12.

[attachment=2]Space Age MPS-series pull station.png[/attachment]
This Space Age pull station was inspired by the 5050-001 pulls stations made by the security company that shall not be named.