About a year or so ago, I compiled more information about Wheelock’s electromechanical horn strobes, specifically after watching videos from certain fire alarm enthusiasts on YouTube (specifically The Blue CFL, Fahrenheit 4051, and Vintage Fire Alarm Guy). And here is what I found out:

Neat info, thanks for sharing, though how do you know for certain that Wheelock redesigned the grille in 1984 specifically if you used only one enthusiast’s 7002T for reference? (unless you know if units made from mid-1984 back have open grilles) You also appear to be contradicting yourself with that third point.

I know @DaSamNudge has some more iterations of these horns, such as horns with different textures of the horns’ paint

I know for a fact that units made in mid-1984 did have the open grille. However, this one enthusiast’s 7002T that has a closed grille was made in November of that year. How do I know this? If you closely examine these date stamps, you’ll see that the first two digits are the week while the last two digits are the year. In the case of this particular 7002T, the date stamp reads “4784”. 47 is the 47th week, and that is always in November; and 84 is the year 1984.

So this is my thinking. The grille redesign occured around the end of 1984, like sometime in November.

Oh, okay, though if you stated that from the beginning I might not have had to ask to clarify.

There seems to be two textured paints, one rougher and one much smoother but not shiny

There were two coats of paint for Wheelock’s electromechanical horns.

There were actually at least three paint variants.

A smooth one (photo by DaSamNudge) 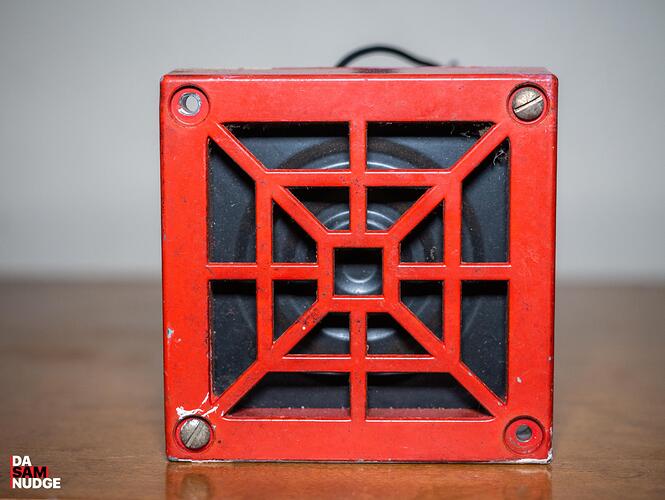 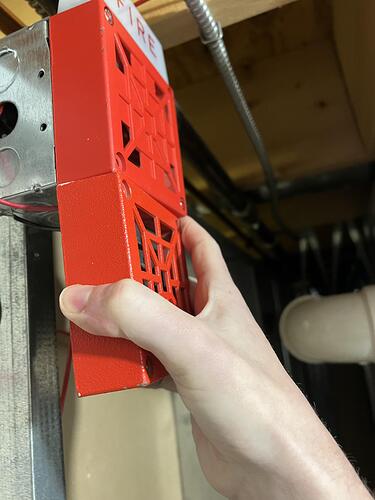 I looked at the photo of that particular 7002T I mentioned before, and it looks like it was actually manufactured the 49th week of 1984, which is early December.

The 32P was a rare alarm. And the “P” stands for the extra power that the horn receives compared to a standard 34 horn, and that’s why it is louder than the 34 and 7002.

By the way I’m curious as to when DaSamNudge’s 32P was manufactured. Could it have been before the 7000 series horn strobes?

Do you have a source on that for the P? It could very well be the 32 that is the difference. Remember how long it was until we figured out the T stood for terminal? Until we have solid proof either way, my guess is that it’s pigtail

First thing, I knew right away that the P could not stand for pigtail because the standard 34 and 7002 models have pigtail connectors, and they don’t have P in their model numbers. If P stood for pigtails, then the model numbers would be 7002P and 34P; but that was not the case. Second, I remember reading someone’s comment (either on Facebook, Reddit, or YouTube) that the “P” meant higher input power. But then in this link below, I found out that “P” means polarized (maybe that is why it takes in more current).

Interestingly enough, Wheelock also manufactured the 32PT and 32PT-WS models. But I’m not sure if 32P/32PT was still made after the grille redesign. 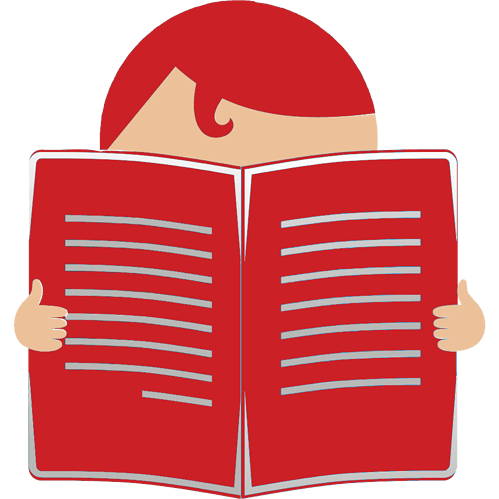 Yeah, after reading the section that mentions the 32P, it seems more likely it means polarized or power than pigtails, but I’m thinking polarized. Think about it, if the P stood for power, why haven’t we seen a 34P or 7002P? My guess is that the 32 was originally a non-polarized horn that took more current, and the 32P was the polarized version.

Probably the 32 rather than the P, given that the 31 is AC, but 32 and 34 are DC. The model numbers are probably related to the current it takes in rather then the P

and what does it mean when a fire alarm notification appliance is polarized (as is the case with the 32P)?

The polarization makes it so that the alarm will only sound when power is applied in the right direction by use of a diode. New systems supervise the NACs by sending a small amount of current in the “wrong” direction, and the diode prevents supervision current from sounding the alarm