I got pics of the bells and alarms at my school, and the bells are sitting unused (Some have towels stuffed in the gongs, as there is a new system that uses speakers) I even have a video of the bells ringing but you might mistake them for running water. 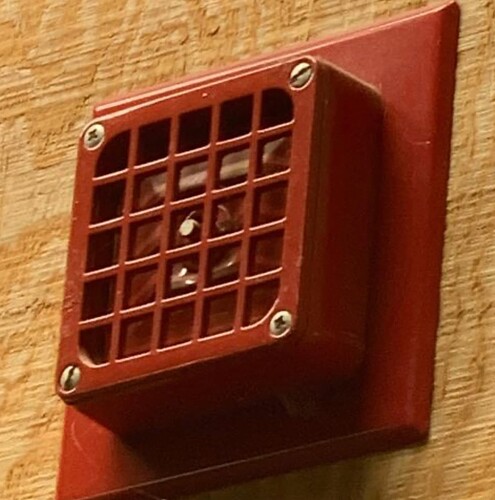 Faraday Bell in the primary PE Building, the sticker was falling off and there are 2 other faraday bells but the stickers fell off long ago. 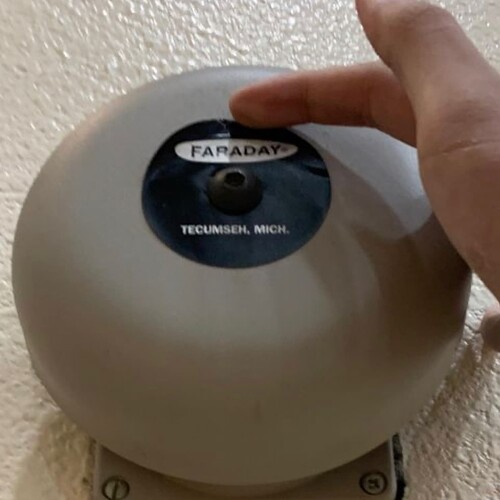 (New?) Simplex 2901-9067 Bell. Located in the Science Building (Where classrooms for science are at) and parts of the primary PE Building (With Faraday Bells) 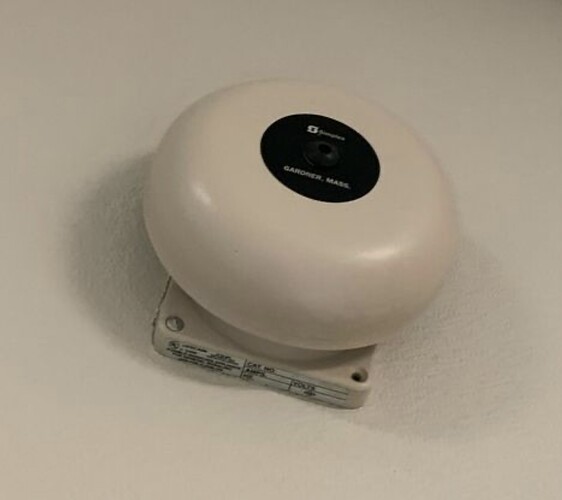 (Older?) Simplex Bell, usually found outside (that is why there is a bit of rust) 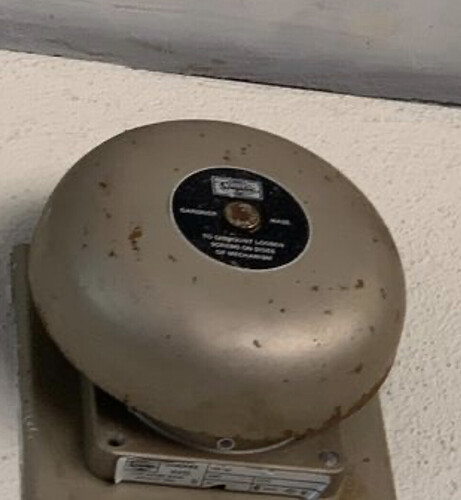 I recall an autocall being somewhere, but I don’t know where in the school it is

I also saw a Wheelock MT in the Science building, I couldn’t snap a pic cause it was in a restricted area of the school.

I saw there used to be pull stations in the outside, I see “Call 911, local alarm only” spraypainted on some of the walls and there are blank plates above. elsewhere there is just blank plate and the spraypaint emergency info is still there (In the secondary PE building)

There also used to be some bells around (where you would see newer horns) but nowadays, the areas have blank box covers and there are either Wheelock MT Horns (outside) or Wheelock Exceeders (inside). I knew this cause I looked at an old photo of the school and saw a bell and I went to that place in the photo, just a blank plate and a MT horn next to the former bell

I remember taking a pic of the panel and I have seen it.

for some reason, there is a bell that is ceiling mounted (its 2 floors from the ground) IDEK how it is still there, surprised it hasn’t fell yet…

also this is my first post in a while.

Neat. You oughta try to get as many of those alarms as you can once they finally decide to retire them.

Does the building have nothing but Wheelock Exceders as the fire alarm signals with the exception of that one 4050/4051?

MT horns on the outside, and 1 wheelock mt in the science building and there are exceedersnin every indoor area

I can tell the school had an old system, as there are blank plates pretty much everywhere and i saw a former spot of a bell from looking at an old picture of the school

The school must have sent the alarms of the former system to the dump long ago, but if they decide to finally remove the bells and ask for them then ima take the bells (which there are like 32 million of)

You definitely should try to get anything you can from any systems you come across.

I got info on the bells!