Here are some if the specs if the Panel 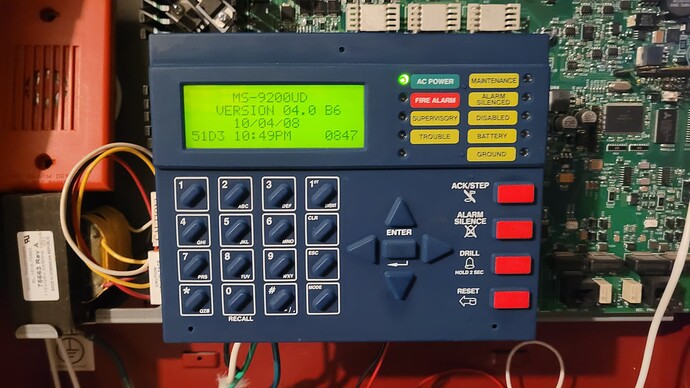 As a professional, this is my step by step method for if ever my project manager handed me an odd detector that didn’t automatically work for an existing system. First thing’s first, is that for every fire alarm system, there is a product compatibility document. Don’t assume because it’s System Sensor, that it’ll automatically work with any Honeywell panel. That’s your first clue. Addressable/Intelligent fire alarm devices must be listed as compatible with the control panel you’re hooking up to. The second would be whether or not the product specifications match the SLC BUS and power supply, whether or not you have enough current or volts or whatever to fully function it. Sometimes intelligent devices don’t speak the same computer language, and thus are incompatible at their firmware levels.

How have you addressed this device? Have you programmed your zone/point/node correctly? If all else fails, have you tried power cycling the panel? Are you able to update the firmware? Call tech support for assistance. If none of that works, you either have a bad device, or those smokes truly are not compatible with that panel. Never take a seller’s word for it, do your homework before purchasing equipment.

I forgot to ask, but did you wire them correctly? That’s not a dumb question; I’ve wired Silent Knight smokes wrong when I was an apprentice, I was so used to system sensor and Notifier smokes, that I just assumed I knew how to wire a Silent Knight addressable smoke without reading the installation manual. Read your product manuals too.