After Andrew showed off his picture of the 8005-MC, I became jealous. Why? I had the same idea, but was too lazy to go through with it.

So, my bizarre mind felt the need to upstage him. (Don’t ask…) Of course, this will probably be tossed into the bin of projects that I will never finish, but meh.

So, I started work on Minecraft-based fire alarms.

So far right now, I have a design for a stopper, and a very early panel prototype.

I chose call points because buttons would make more sense. You could easily replace them with levers though. 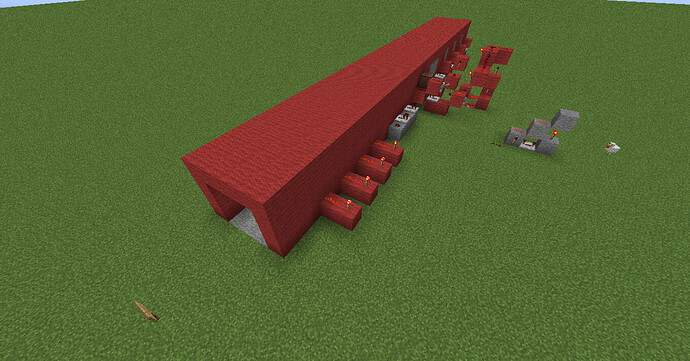 Panel as it is right now.

Latching call point, with an indicator.

Right now, you can turn on the panel’s blinking alarm and trouble indicators using levers.

Anyway, I have a cool update here.

Panel will not reset if zone is still in alarm, and the panel goes into (and stays in) alarm if you activate one of the buttons on the zones like so: 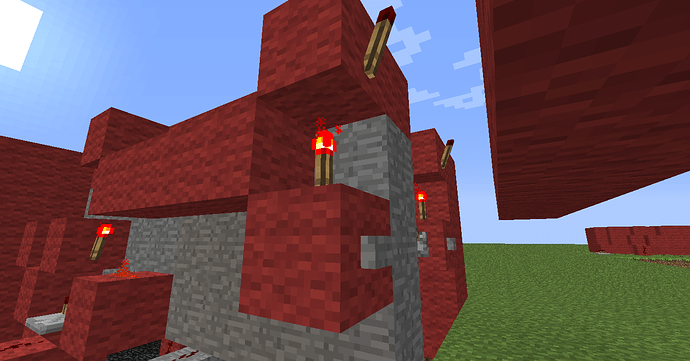 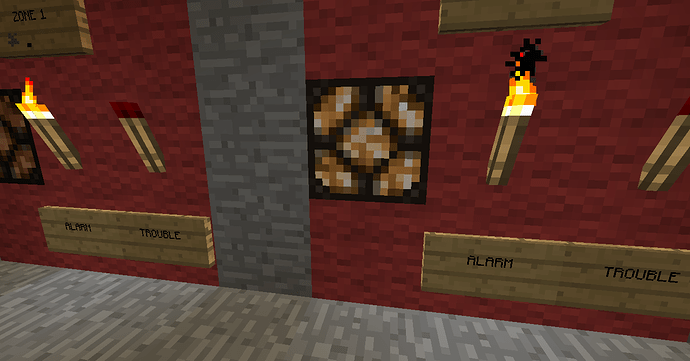 There is a centralized light and “piezo” buzzer that run in march time and can be acknowledged like a real FACP:: 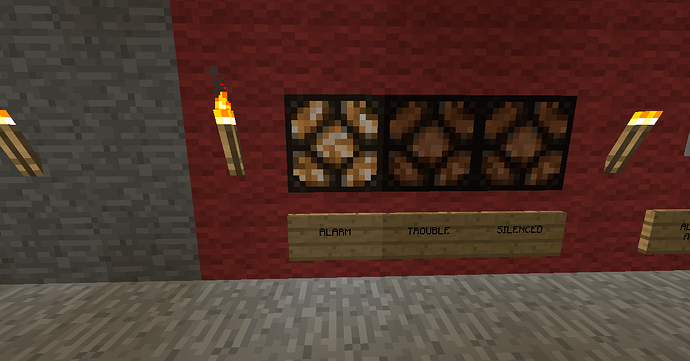 
You can report a zone trouble with this lever (obviously this will be automated later), and it will put the whole panel into trouble, which auto-clears and can be acknowledged: 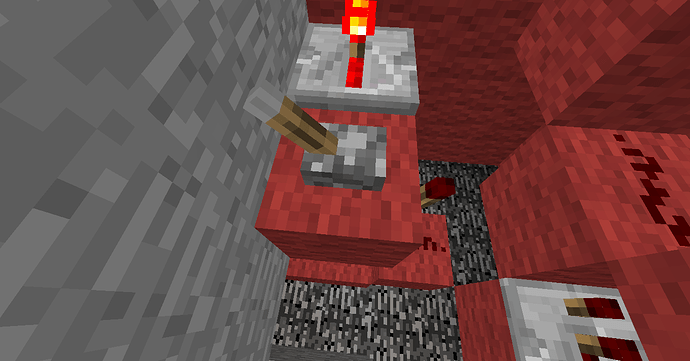 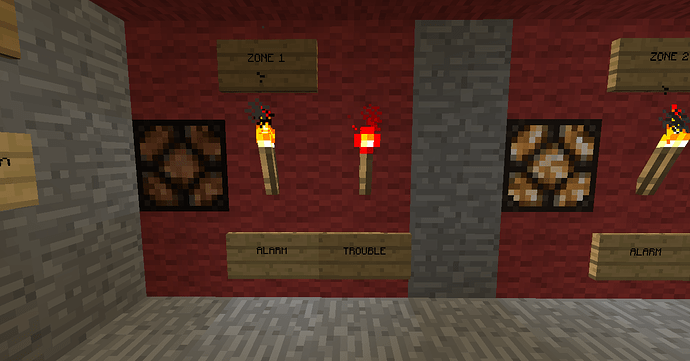 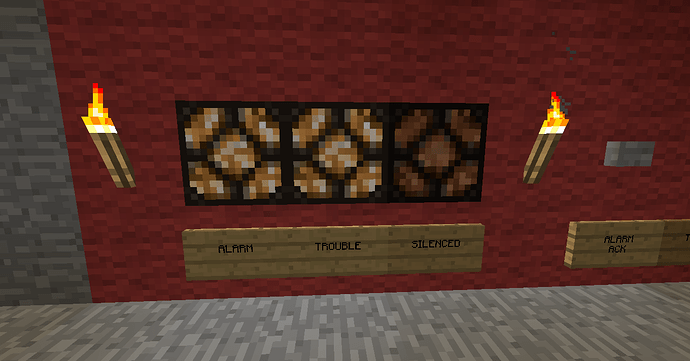 
I have also included a prototype interface for the NAC programmer: 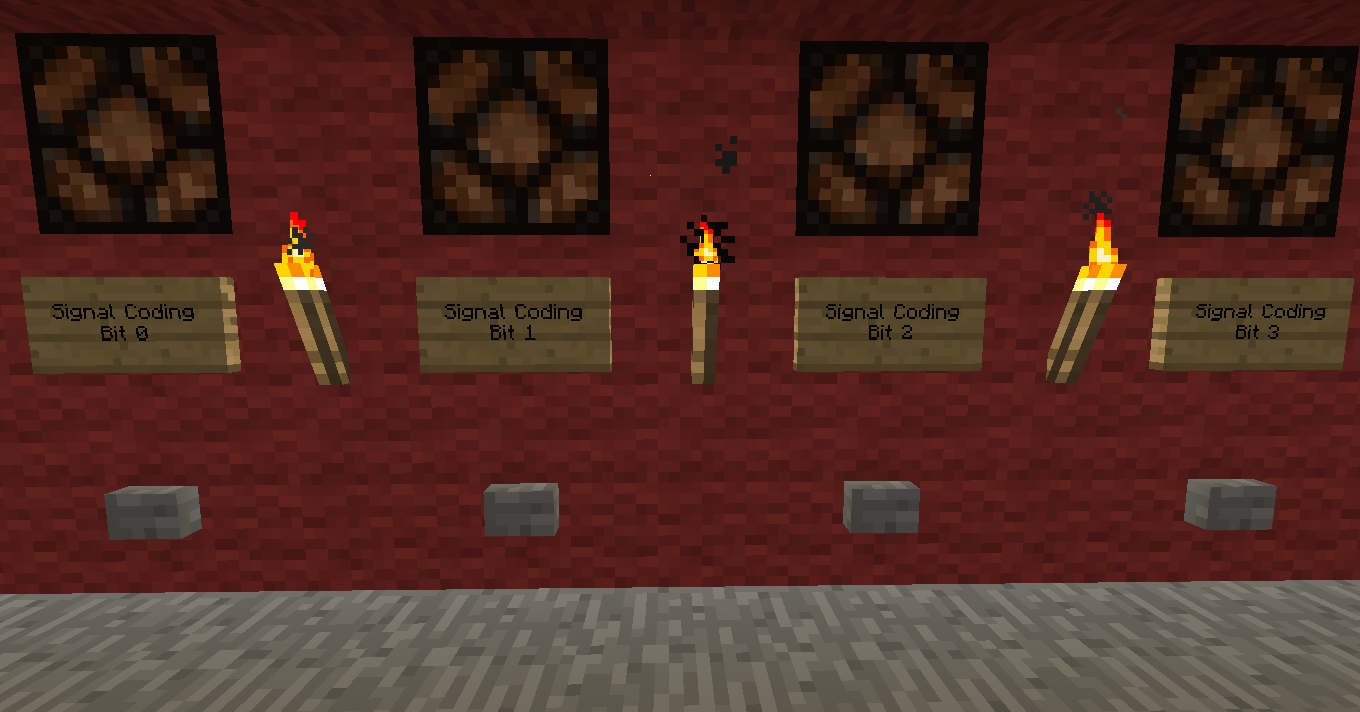 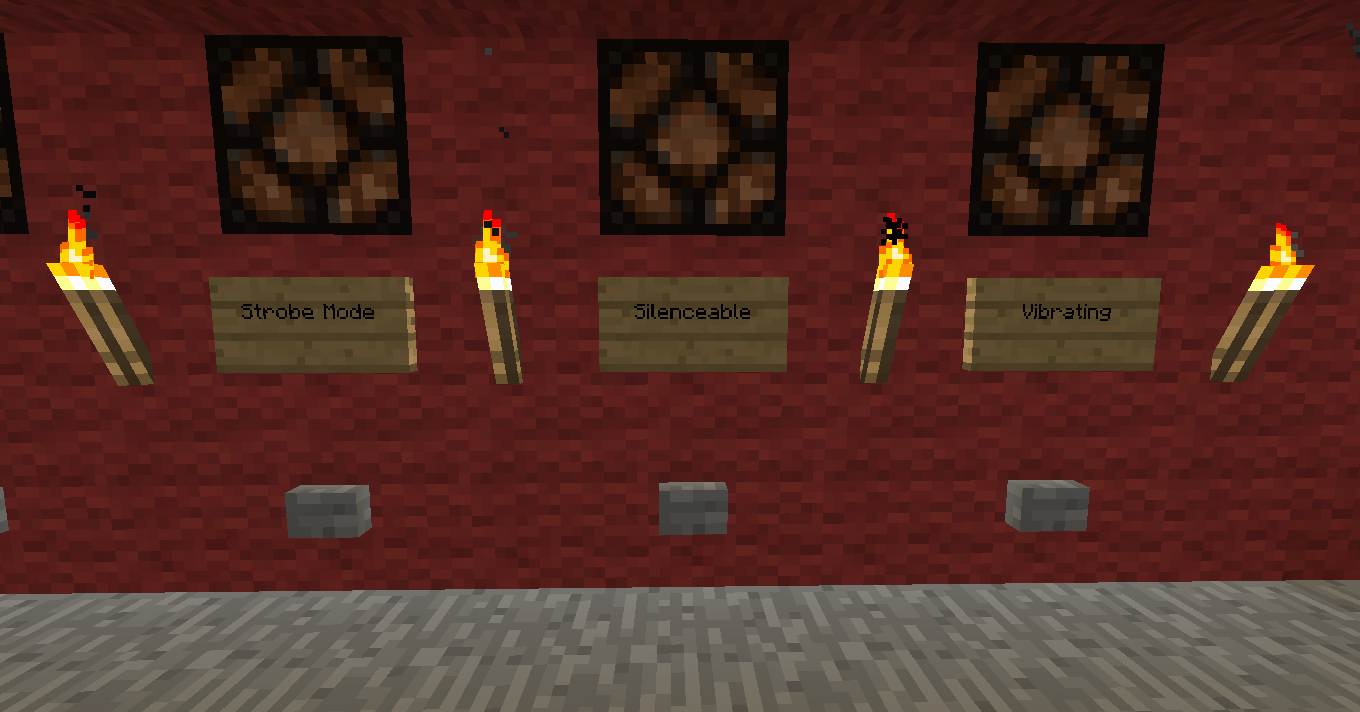 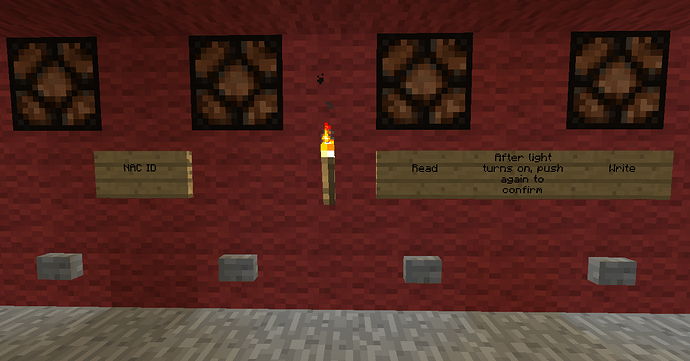 
Here is the download. Because of the file size limit of this site, it is being hosted on Google Drive.

And finally, here’s the crazy wiring: 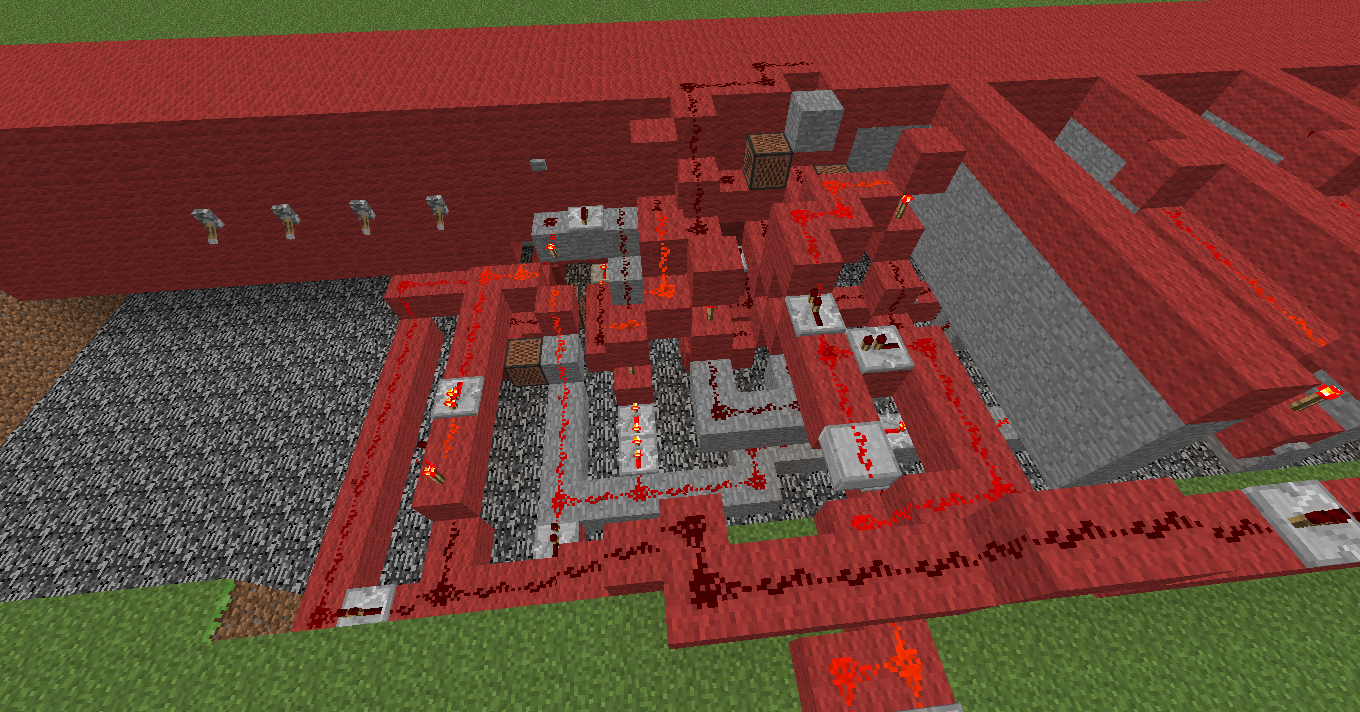 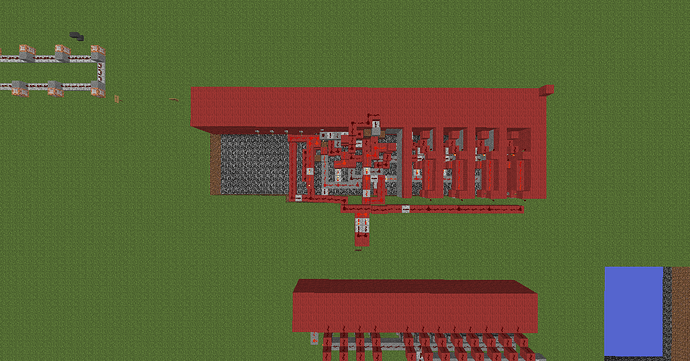