I have a Kidde K-270-SPO that I can’t reset because my screwdriver is too small. I have been trying with a Music Nomad screwdriver with a flat head, and apparently it doesn’t work. What size screwdriver should I use to reset this pull station?

I don’t know exactly, but newer 270-SPOs (like yours) are meant to be reset or opened with a special security bit (which is a design flaw if you ask me since over time the security screw will get worn down & eventually won’t work anymore. Older ones use a standard screw though, which I wish they’d go back to using due to the former).

Ok, do you know where to find the s
Special screwdriver

Or I should just buy an older 270-SPO-. Also is it possible to use a toothpick as a break rod?

I don’t believe it’s possible to use a toothpick as a break rod, I’ve found that spray bottle tubes work however.

I’ll get it as soon as I can

Would you mind sharing a picture of the screw? Sounds like Carson might’ve answered your question. Last time I installed Kidde pull stations, so like two years ago, they used a flathead. Stinks that they’re using security screws, I know people like to pull these stations, but most people wouldn’t be trying to reset them or open them up, are they? The irony is you can walk into any Home Depot, Lowe’s, or Ace Hardware and find tamperproof bits. This is my favorite screwdriver. It’s held up for a couple years now. I use these to open up sprinkler devices, but also security cameras.

Really? I’m pretty sure only very old 270-SPOs have a standard flathead screw; all ones nowdays & after a certain date (when exactly I don’t know) have tamper-resistant screws. While the screw may help to increase security, it’s flawed in that as I said it’ll strip with enough use (usually not a problem for technicians on the job but very much so a problem for us enthusiasts, especially as there’s no easy way of fixing the screw once stripped).

Really wished Edwards would’ve just put a key in them, but screws are cheaper than locks. And no, I don’t want to drill out a screw. The screw’s only intended to be twist maybe two e a year, so hopefully they should never strip out…

Yeah, & I doubt you could fit a full-size lock on a pull station as small as the 270-series.

I think lock-equipped 270s exist, but IDK how to get them.

Pretty sure they don’t, what you’re probably thinking of are two-stage versions of it, which do have a key lock, but that lock’s only to activate second stage with, not to open the station.

Going off of what Carson said, you probably are thinking of the two stage 270 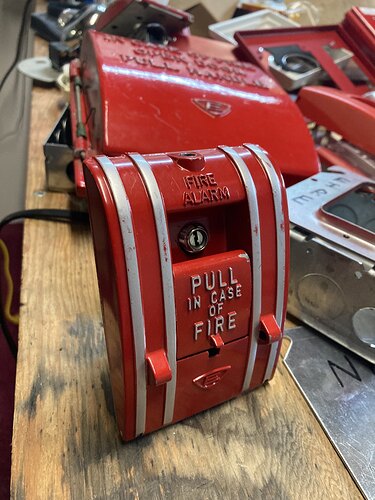 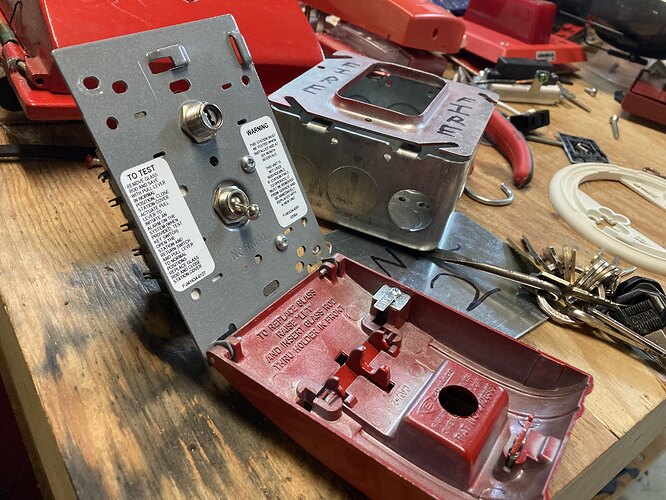