I was able to get my hands on a few first generation Simplex 2903-9101 strobe plate, and I thought I’d do an in-depth comparison of the earlier generation verses the later generation that most of us know. I’ve also never seen anyone do a side by side comparison before. 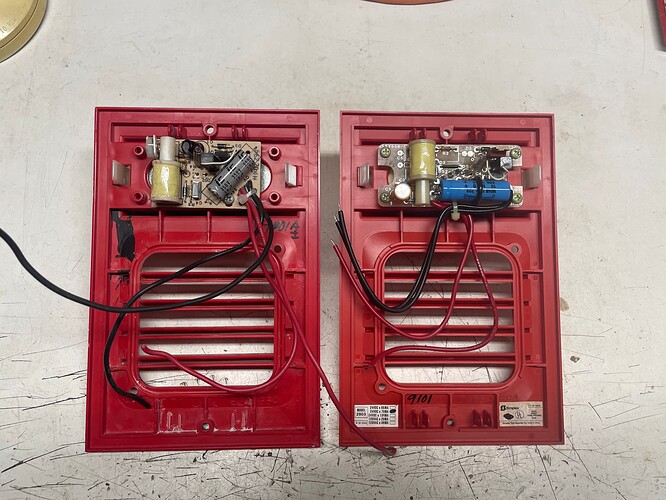 image1920×1440 274 KB
The one on the left is the more common generation, and the one on the right is the earlier generation. The strobe board on the older one is much larger than the newer one, they probably condensed it to a smaller package to cut costs. There is also no potentiometer to adjust the flash rate like on newer ones. It has a brighter and faster flash than the newer ones. The plastic plate itself is almost identical with the exception of the strobe standoffs. The older strobe has four standoffs to hold the strobe to the light plate. The newer one has those same four standoffs, but has two additional standoffs to accommodate the small strobe. So you could put a older strobe board on a newer light plate, but you can’t put a newer strobe onto an older light plate. Just thought I’d share my observations.
1 Like
4903-9222 (49er🌴) August 20, 2022, 8:40pm #2

Never realized the older strobe plates werent compatible with the newer strobe circuits. I always thought the designs were exactly the same and they just modified the electrical components over time. 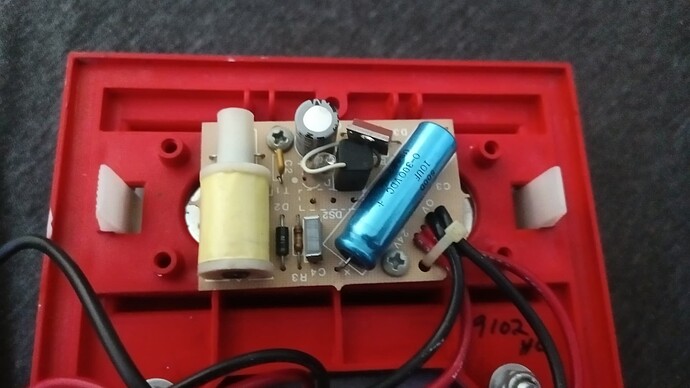