So,my 2903 strobe plate has had a loose potentiometer since I’ve had it, and it stopped working while I was hooking up a different horn to it. Now it only flashes every 15 seconds. I tried turning the potentiometer, re-soldering it again, and it still does this.

Would I be able to buy a replacement potentiometer, or could something else be wrong with it?

Can you post a photo of the circuit board on the rear and the potentiometer in question? Thanks!

I have one of those, and to say the least I have to be extremely careful with it because they’re so delicate. The wires used to hook up the horn from the circuitboard on the back are sort of pulling out, and I got the plate NOS. Maybe make sure the leads on the back are not detached somehow? I’m not sure though because the potentiometer on mine works fine. I think people have tried re-soldering their potentiometers back onto the circuitboards and I don’t think they worked, though I could be wrong about that. 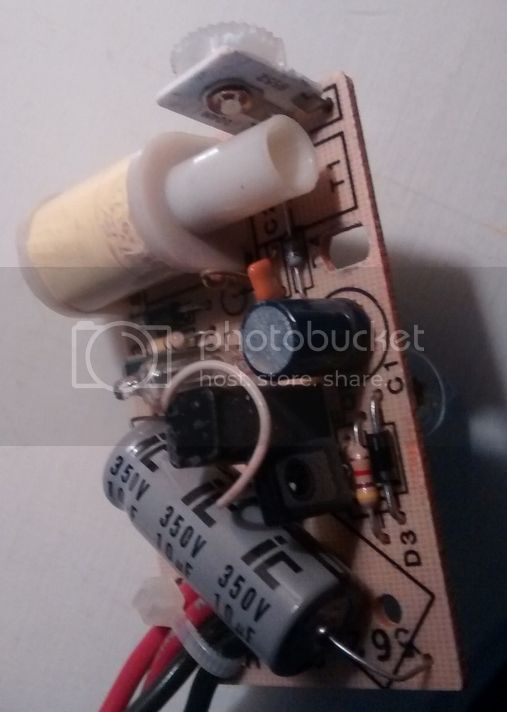 Here is the back of the board. 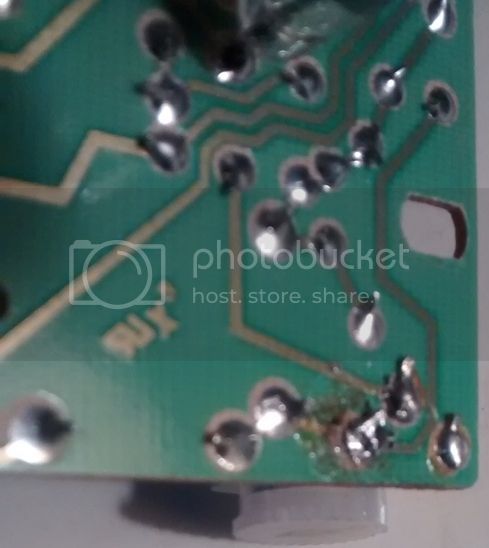 There is a little bit of burning. The first time I soldered it back on, it worked fine. I think the solder actually has to stick to the contact.

Doesn’t look like there’s a good connection. You should re-solder the pot on and make sure the solder flows into the joint.

In this case it looks like the copper pad has lifted from the board. That’s why your connection looks so shoddy - there’s nothing for the solder to flow to.

The easiest way to fix this is to find the nearest pad on the trace and solder a jumper wire to it. Then use those wires to connect the pot instead of the traces.

The copper pad on the potentiometer? Or on the badly soldered contact?

On the contact. If you look, the location where the solder pad should be has been stripped down to the bare board. That’s why your solder won’t adhere and the connection is faulty.

Here’s a diagram I created based off of my own 2903 to demonstrate:

There are 5 critical locations, labeled A, B, C, D, and E

A is the #2 pin of the potentiometer.

B and C are the #1 and #3 pins of the pot. B is connected electrically to the circuit, C is unused and is only soldered for mechanical support.

D is the nearest available pad for the damaged A pad.

E is the nearest available pad for the damaged B pad.

The green lines represent the jumper wires you will need to solder to connect the pads. My 2903 is a bit older, so the traces on the PCB are exposed. If I was in this situation, I could just create a solder bridge back to the trace. Unfortunately, your traces are sealed and the jumper wires are required to make the connection.

Thank you very much! I’ll try this fix as soon as a I can.

No problem! Let us know how it turns out.

Okay everyone, it’s fixed! I only needed to do one jumper. Thanks to the better connection, it now flashes even faster than it did before it stopped working.