I struck gold today. One of the elementary schools we take care of underwent a full system replacement. I went to this school from 2011-2013, and to this day is still the coolest combination of alarms in any school I’ve went to. I don’t remember them being very loud, and the coding wasn’t always the same, I believe the first fire drill we did had the horns running on continuous while the lights coded to slow march time. Other times it was straight continuous, and they used code 3 as well. For it’s age this is also the most complete vintage Simplex system I’ve seen in the field. Thought we didn’t help out as much like we did the FCI FC-72 replacement. Like the FC-72 replacement, I saved almost every device on the system. The unsaved devices are as follows:
1x Simplex 4005 FACP (the guts were given to another local company as a parts doner)
1x Simplex 2098-9648 Duct Detector (Was reused with an address module due to lack of parts.
1x System Sensor i3 smoke (don’t know what happened to it but I don’t care)
A few trim and adapter plates (saved by other techs)

The devices I saved are as follows: 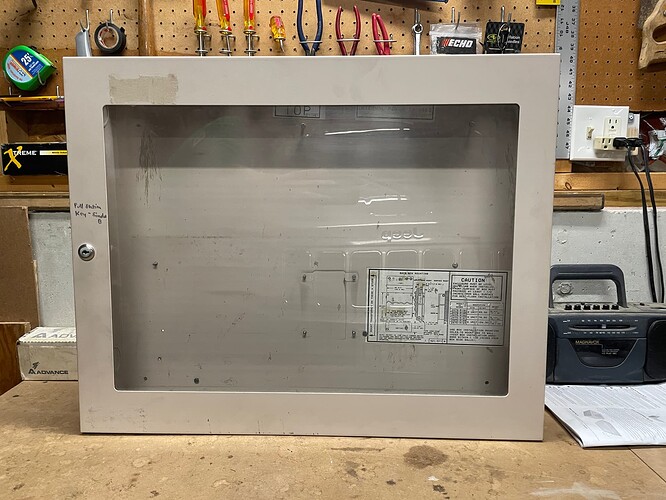 image1920×1440 251 KB
Simplex 4002 Cabinet. The original panel was a Simplex 4002, before being replaced with the Simplex 4005 retrofit kit sometime in the early 2010’s. This panel was recessed into the cinder block wall, so I had to chisel out a bunch of mortar around the panel. Oddly enough this 4002 cabinet doesn’t have vent slits on the top and bottom of the front cover. The front door also swings from the right, whereas others I’ve seen swing from the left. Here’s also the hole in the wall the panel left behind. 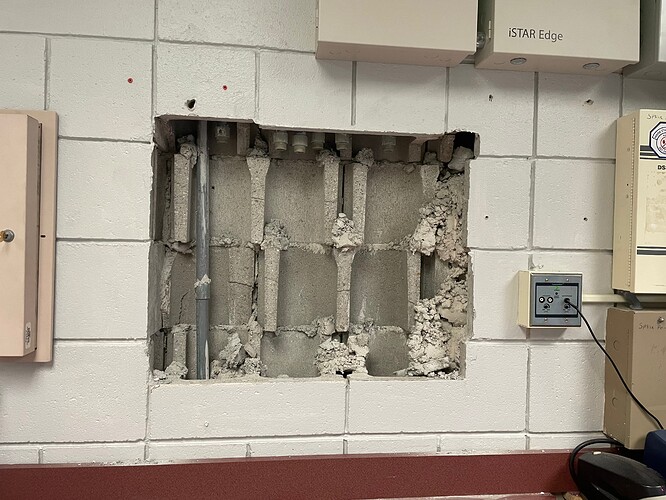 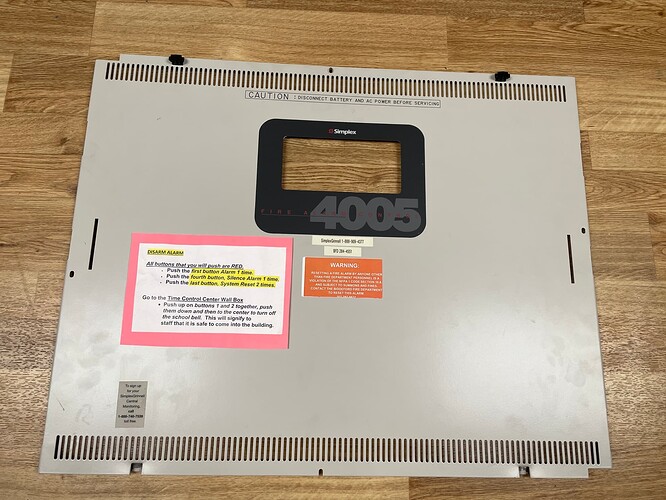 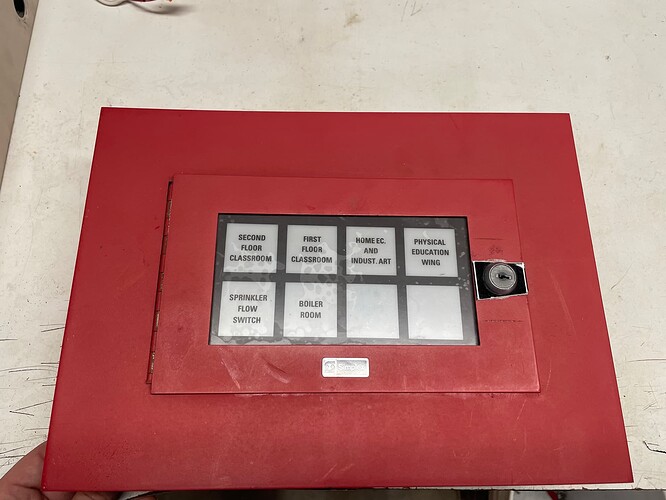 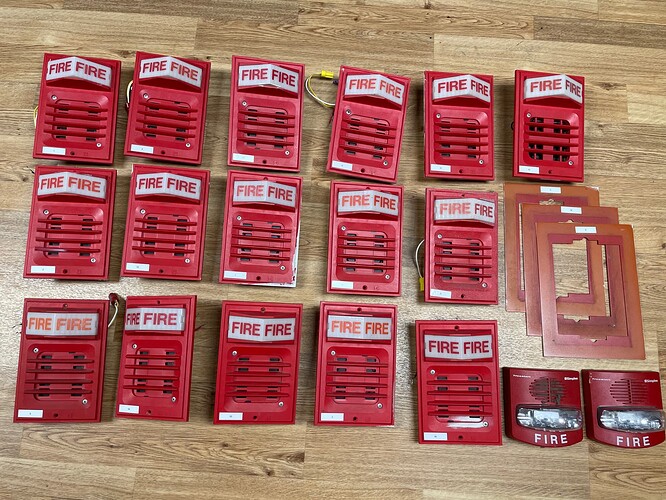 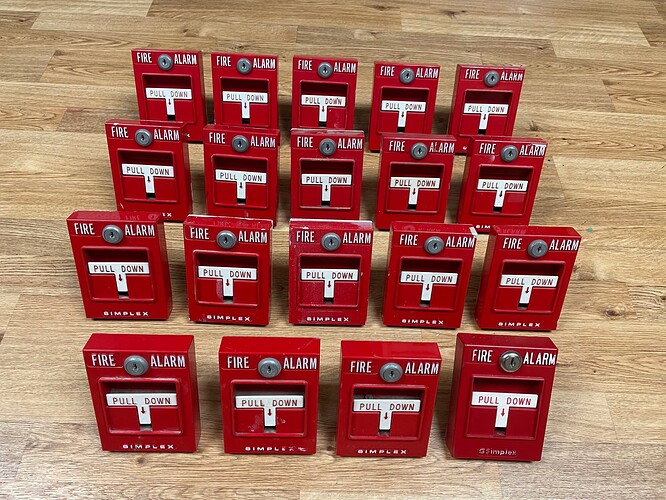 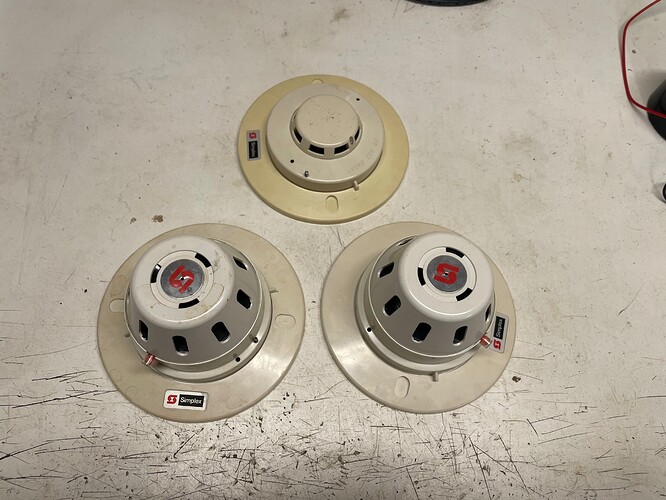 Just like the FC-72 replacement, none of these devices are for sale yet since they’re nostalgic (not to mention very rare).

Wow, nice job! (though I do think it’s a shame you didn’t get the 4005 complete. Why was the circuitry given to another company?)

About that annunciator: while I don’t think I can explain the date of manufacture, according to Zak Wolf such annunciators were apparently commonly installed with 4002s (don’t know why as they match the 4207/4208 more & the 4002 can use the same annunciator as the 4005).

Another company took the 4005 because they had a 4005 in the field that was developing problems (they didn’t specify what went wrong), so they are using the panel as a parts doner for another system.

What was the 4005 replaced with anyway? Probably a fire lite system?

Fire-Lite ES-200X, with the same peripherals as the FC-72 system replacement.

Oh wow that was an extremely rare 4005 too. Simplex didnt use dress panels for the regular 4005 cabinet. They only used them for the 4002 retrofit kits. Ive only seen 2 other enthusiasts with one of those retrofit 4005s. I suggest you look out for some cheap guts and reassemble that panel because theyre definitely rare.