So my school replaced their entire system, and I took it. I have no idea how to wire this duct detector. Any tips would be greatly appreciated 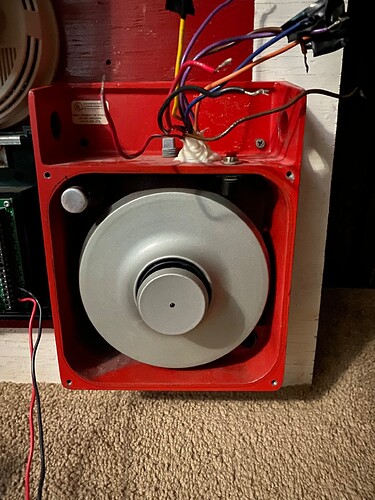 Welcome to the Fire Panel Forums!

Wow, that’s an extremely rare Statitrol detector! (though it could be a Simplex-rebranded version too) I’m so glad you saved it!

I’m not sure how to wire it either, since I don’t have one, but best of luck in figuring out how to do so.

I’d love to see what else you saved, if you have any more that is.

It’s simplex. The original system was an old simplex system from ‘78. The panel itself was replaced with an est3. They built a section on the building and added est devices and new Simplex replacement devices. And then they added another part later on with system sensor and est devices. 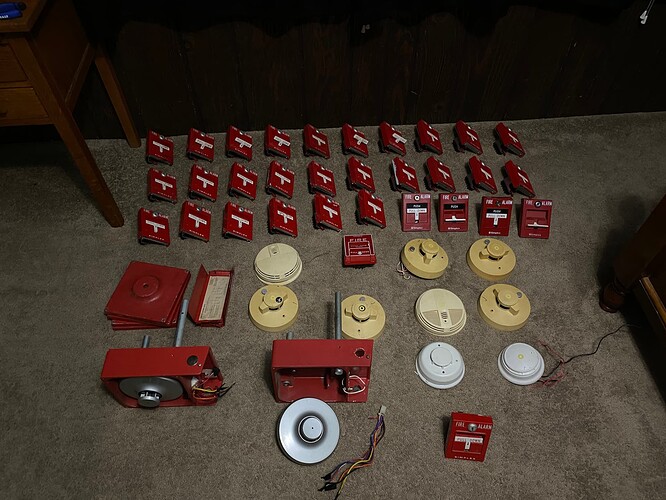 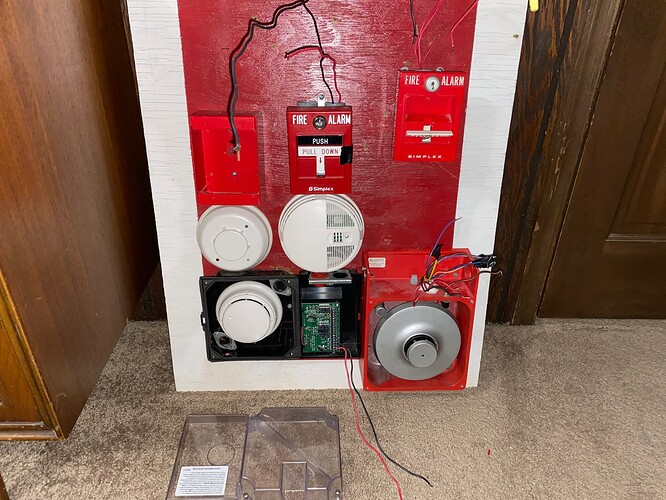 All very nice, what a haul! Glad to hear there’s more as well.

That one CP/Siemens pull station confuses me considering the whole rest of the system is Simplex (so do most of the detectors as most of them are not Simplex either).

My guess is that the Siemens pull station replaced a broken 4251, or it could have possibly been part of an addition to the school (if there was one) along with the newer Simplex pulls.

Well this is a new one for me because I certainly haven’t come across this before. As mentioned by @TheCarson116, I attempted to look up what Statitrol‘s version is, and while I did find a manual and technical information, the wiring is different than what I see in your picture. Are there any model numbers on the device somewhere that maybe can help us locate more information?

I have a similar version of your duct smoke detector. Mine is 120 vac and has terminals instead of leads. Model 501K2. I’ll see if I can power it up and get more details on the wiring. 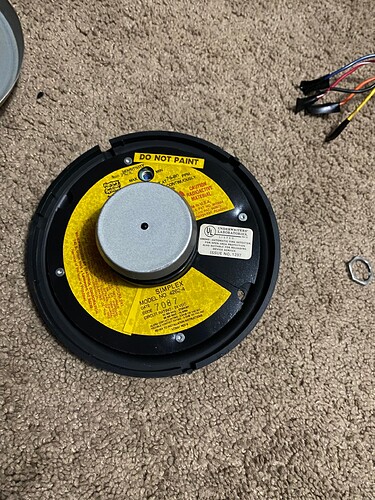 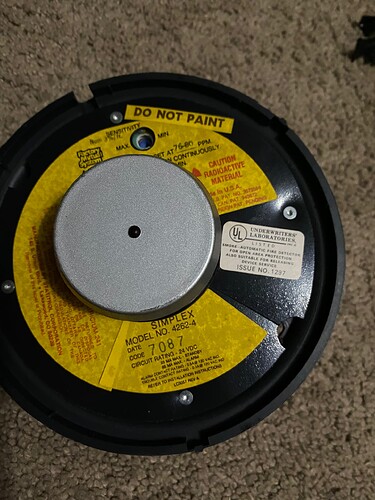 Found this extensive info sheet on the original Statitrol versions of this detector, this might help you wire it: Generic Work | Models 102 and 104 Product Information | ID: jw827f31b | Hyrax (wpi.edu)

So idk if this is all the simplex duct detectors I have. There’s still more duct detectors overall in the school. However, as for the old ones, I have 4 to sell, plus they worked when they were taken out. Would anyone be interested in having one. Idek how much I could sell something like this for.