EDIT: It seems the attachments were broken during the migration to Discourse, I’ll eventually see if I can find the files that I had posted and I’ll try to put them back.

I thought I’d share some pictures of fire extinguishers that I have seen a few weeks ago. Let me begin with some explanations:
[list]

there's also BC-class and ABC-class powder extinguishers but more on that later.. [/list]

First we got an Eurofeu Eurotech, this one is actually in my collection (yes I started collecting fire extinguishers), it’s a E6 dated from 2015. Funnily enough, I found this extinguisher discarded in a dumpster:

Then there is this Sicli Eclipse P2 that I got from my uncle, this extinguisher is probably the oldest I have in my collection. Note the “France Télécom” logo on it, it’s a special serigraphy:

Last but not least, a small E6 Parflam that I have seen somewhere in Chambly, I do not know if it’s a rebadged unit or if Parflam made it themselves: 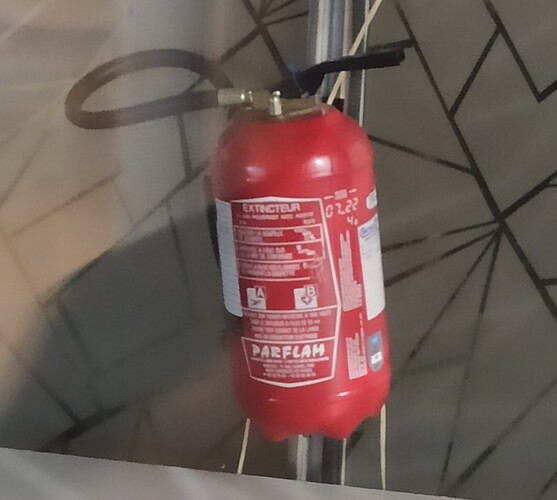 Next is this Andrieu ProBloc (one of Andrieu’s defunct lineups), rebadged by Geppi (I presume it is a long defunct company, I cannot find anything about it): 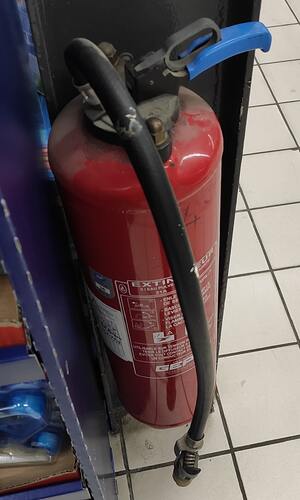 Now we have an Andrieu EuroBZ (rebadged by Sifrrap, which is a now defunct fire safety equipment installer) and an Andrieu Sofadex (virtually speaking, Andrieu’s extinguishers all share the same tank assemblies, just that each model have a different head assembly and labeling) again rebadged by Protect Sécurité. 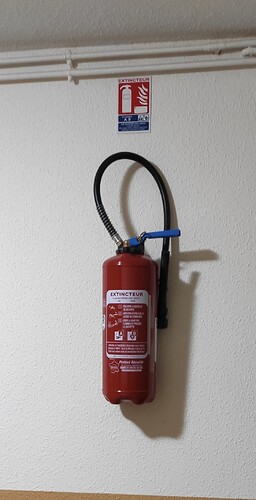 And the Isogard Design, this unit has an unusual mounting system. It mounts into a plastic case that is screwed into the wall. Normally there’s a plastic band around the top part to keep it secured in but in this instance it is not present: 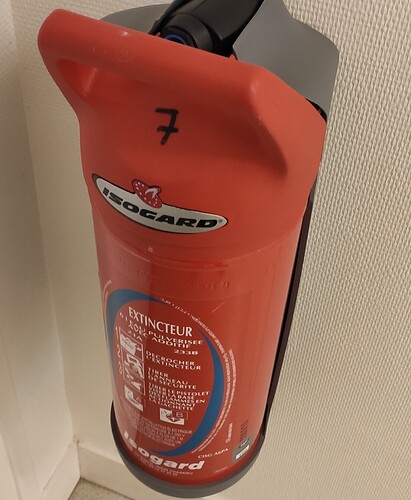 Just for fun, here is also a ABC powder extinguisher that I found in my grandparents’ RV:

EDIT: That ABC Powder Extinguisher is a Delta from 1994 or so, the first extinguisher I ever got was a similar Delta (although it was a BC Powder one and was relabeled by Dieteren!) These Delta extinguishers aren’t anything to write home about, they’re auxiliary pressure units (just like my Eclipse P2) but these are prone to sunfading (as in, the labelling fades over time and rubs off easily, my Dieteren and this Delta are no exception)