Something interesting about ESL

For years I wondered just what happened to ESL, also known as “Electro Signal Lab”, maker of both residential & commercial smoke detectors & rebrander of commercial pull stations such as RSG’s RMS-1T. At first I assumed they had gone out of business since I couldn’t seem to find a trace of them anywhere online; they didn’t even appear to have an official website; eventually I determined that much like how “First Alert” is a brand name used by BRK Brands Inc, “ESL” is actually a brand name once used by a company named “Sentrol Inc.”. When it comes to the latter it seems they were acquired by GE around the early 2000s. Not sure what became of them & ESL after that.

I believe in the GE merger (which then was purchased by United Technologies Corporation and later Carrier), GE retired the Sentrol name in order to sell the Interlogix line of security products. GE also owned EST, so the ESL fire division was also retired.

I’m telling you, there have been so many mergers, divisions, dissolvements, sales, & acquisitions in the fire protection industry’s history that it all just becomes a blur in one’s head. I take it that they retired the “ESL” brand name because it was too similar (in acronym form) to the “EST” brand name.

They also made security smoke detectors. I own 2 of them. They are called 449Cs 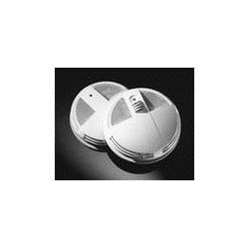 Those were also made for commercial fire alarm systems as well.