So, i was at radioshack purchasing a few bulbs for my 2903, and i saw a BG-10 being held up with duct tape.

I saw something like that once, but it was with a Simplex 4251-30 pull station and it was to hold the break-glass frame back up, because breaking the glass causes the frame and hammer to swing down for easier access to the lever… 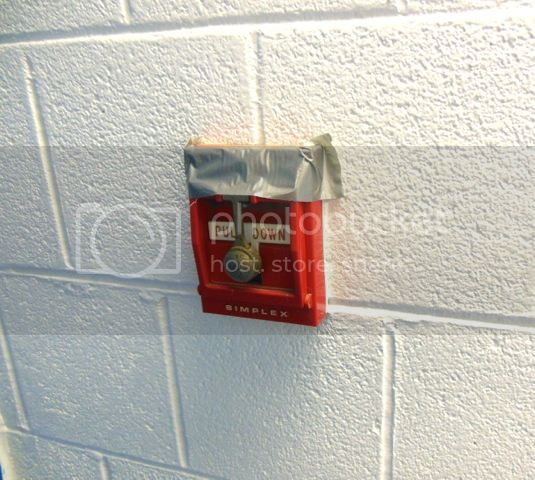 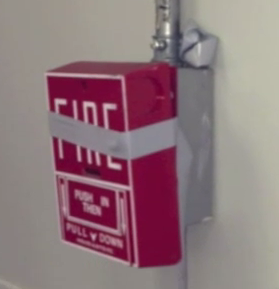 Well, at least it still appears to be fully functional…

Nope, it is open just enough to be alarmed. The FACP is most likely silenced until they can get someone to come and fix this monstrosity.

Well then someone is lazy.

Well then someone is lazy.

Speaking of tape, it is rather common around here for teachers to put tape over the holes on the fire alarm NAs in their classrooms to reduce the noise.

In my day, teachers would hear the 4050’s on loud and take it like MEN!

Pretty sure nothing in this thread of or relating to tape is close to legal.

I went back today (a week later from picture) and its STILL LIKE THAT!

It probably will be until inspection day…

I’ve seen this before with an Edwards pull station:

Thanks To All Who are keeping this active!

Yeah it costs money, but don’t they need to have a working Fire Alarm System?

Don’t they need it by code?

It probably will be until inspection day…

Makes sense. Sometimes problems don’t even get noticed and then fixed until the yearly (or twice-a-year in some cases) inspection, which is why we sometimes get a cheap install job like this if an old alarm breaks down… 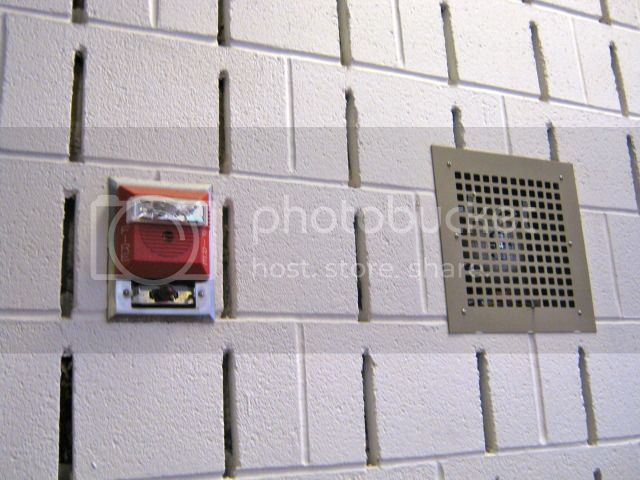 Ok, well i guess i will check again in 9 months…

Ok, well i guess i will check again in 9 months…

9 months? Did you memorize their inspection dates or something?