What is this Pull Station?

I find myself in the unusual situation that I am unable to ID a fire alarm.

This is a pull station from the supermarket my mom and I work at, before the whole system was replaced (My memory is wrong; thought they had MS-2s).

These pictures were taken in 2003 with a disposable film camera (not by me), developed, and then scanned.

Here’s another one, taken in 2004 during the store’s remodel (new pulls are RSG T-Bars)

For the record, I don’t recall seeing an annunciator or anything but the signals are 7002Ts.

It looks like it MIGHT be the pull station type seen on the bottom right in this pic of Firefly’s alarm collection: 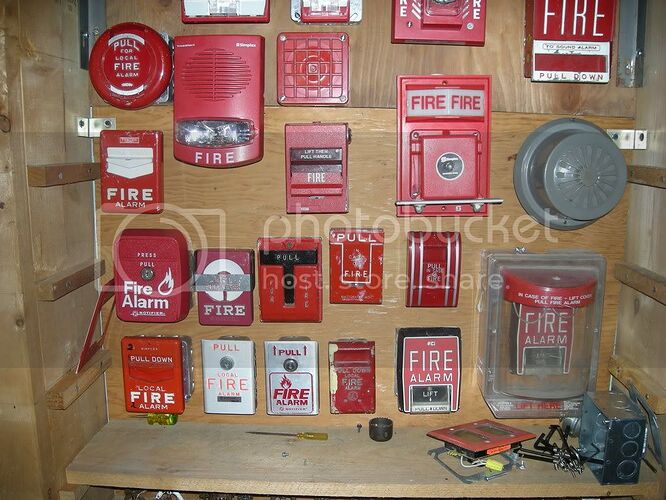 There are these Gamewell pull stations that seem to be pretty rare that are silver and have a black “pull down” part in the center of them. They could have made a red version of them. There was a picture of one here, but the topic got deleted.

I have only seen one of these in real life, installed at my old middle school in one of the gyms with some sort of older, non-ADA Wheelock horn/strobe on the wall, so it sounds like it could have been installed with 7002Ts. Does anybody else know what pull I’m referring to?

If you know the name of the topic I can dig through the archive I made before I “pruned” the forum.

If you know the name of the topic I can dig through the archive I made before I “pruned” the forum.

Drew an outline on the second picture.

Here’s a picture of the Gamewell pull. 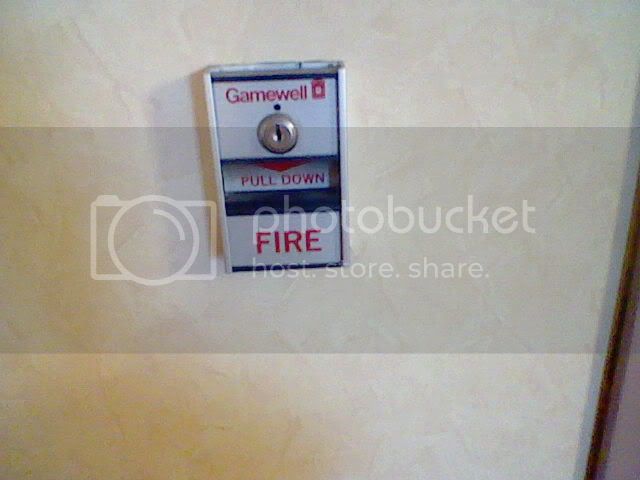 Here’s a picture of the pull.

Hmm…I guess it looked a little different in my mind. :?

Still doesn’t look like the (bad) picture but it’s the closest so far. Any more ideas? I wish I had a better picture; i’l look through the store’s photo albums again and see if I can find one with a better shot of one of the pulls.

Oh and for the record, I am looking through the albums to find photos for a project the store is doing that I am helping with.

Here’s a picture of the pull.

Hmm…I guess it looked a little different in my mind. :?

On an unrelated note, does anybody know what the model number of this pull is?

On an unrelated note, does anybody know what the model number of this pull is?

It’s an M-69 series station, surprisingly part of the Century series. Here's a picture from a past eBay auction (not mine).