You may have seen old flush-mount Wheelock speaker/strobes… but how about with a VERTICAL strobe?! This one’s disconnected, as there’s a TrueAlert speaker/strobe beneath it. 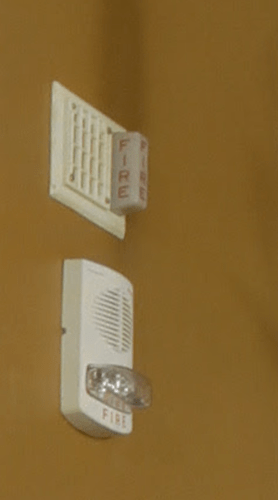 Alright then, never seen THAT before… (though NewEnglandElevators either has or had the red version: Wheelock CF819T-WS24VDC Fire Alarm Test - YouTube)

I hope in the future an enthusiast gets to take it & any others that might be in that building down as they are definitely VERY rare.

I just stumbled upon this topic…I did not think Wheelock made a white version of these Speaker/Strobes, unless it was painted over at some point. Interesting to see one of these that is installed somewhere.