After doing a bit of research, I have pieced together the following descriptions of the two fire alarm systems that were installed in the World Trade Center from the time it opened to the September 11 Terrorist Attacks.

Please not that I am posting this history to show how fire alarm coverage worked in a campus as large as the World Trade Center, and am not trying to send the message that the fire alarm system in these buildings was more important than the 1993 bombings on the 9/11 attacks, or something like that.

In addition, I’m pretty sure that some of the pictures on here have been shared on this forum and some other ones before, so please excuse the redundancy.

With all that said, here it is:

Pyrotronics XL3 smoke detector systems, with addressable detectors were installed in the mechanical equipment rooms of WTC 1, as well as WTC 2, and were connected via a CXL Communication Devices to a console in the OCC.

Manual pull stations were wired to an existing Executone system which alarmed directly to NYFD.

The pull stations used in this system were break glass stations combined with a two-way intercom in one unit. The glass rod was broken by pushing a spring-loaded pushbutton. A protective shield helped to stop the flying glass. The speaker/microphone, located inside of the pull station, allowed conversation over the fire intercom system to the Police Security Room on level B1.

Many tenants during this time had their own smoke alarm systems. Since the designs of those systems were varied, their descriptions are beyond the scope of available documentation.

There were two types of speakers used in the WTC: the horn loudspeaker and the recessed ceiling speaker. Speakers were located in the corridors stairways, and in the core area of the ventilation ducts.

(I do apologize for the couple of images that are rotated incorrectly.) 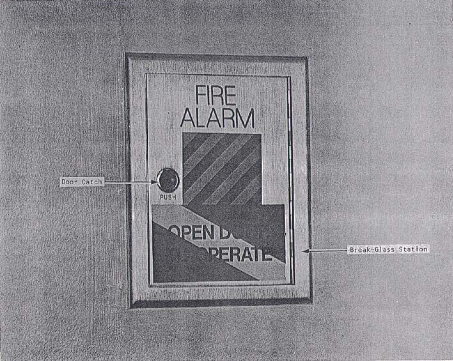 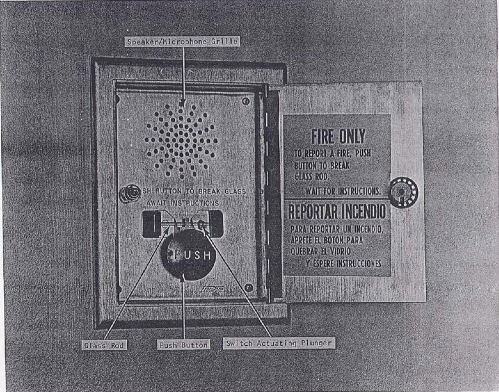 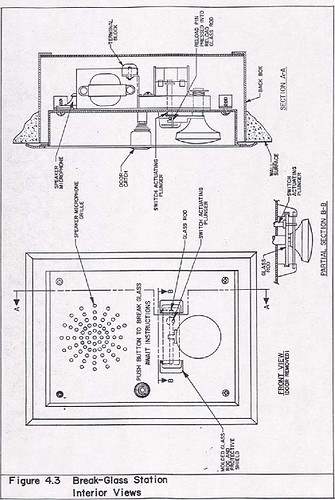 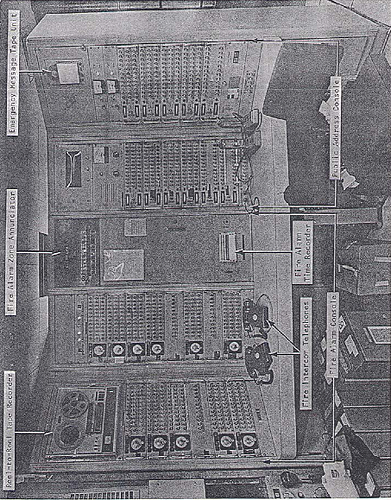 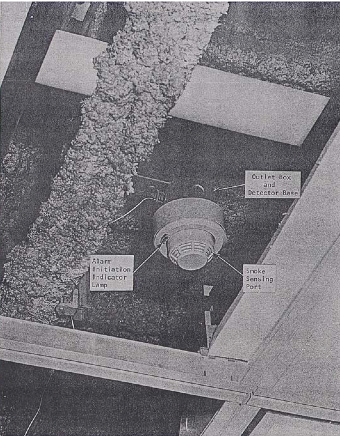 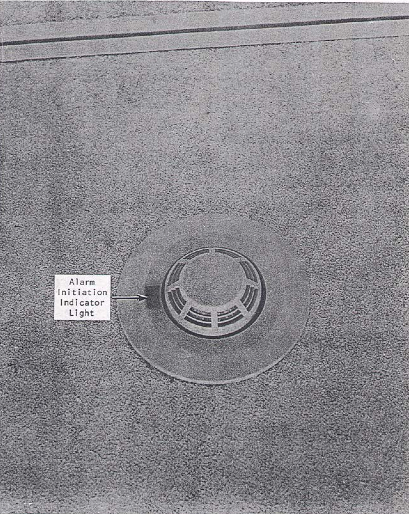 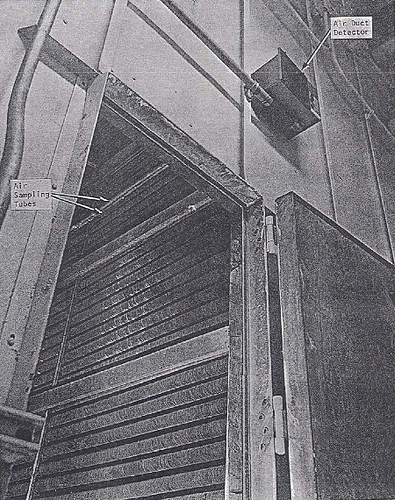 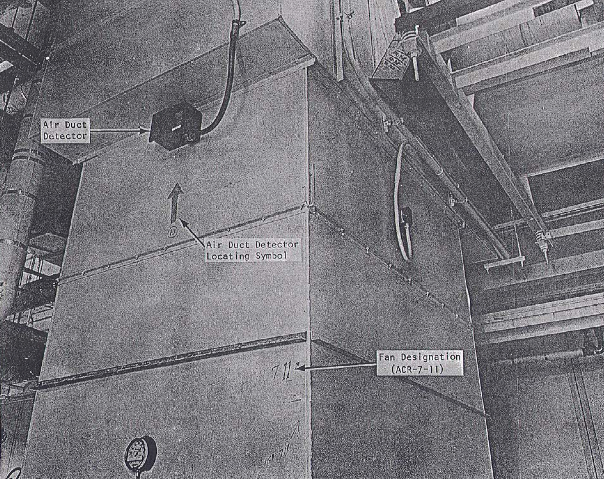 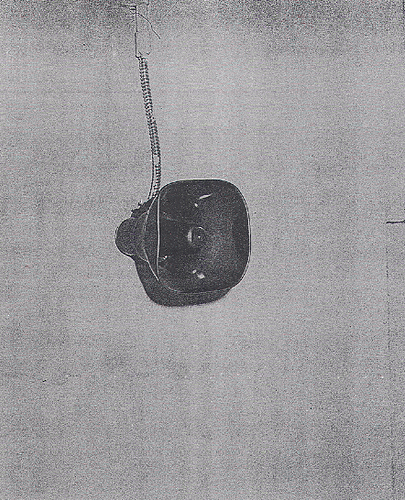 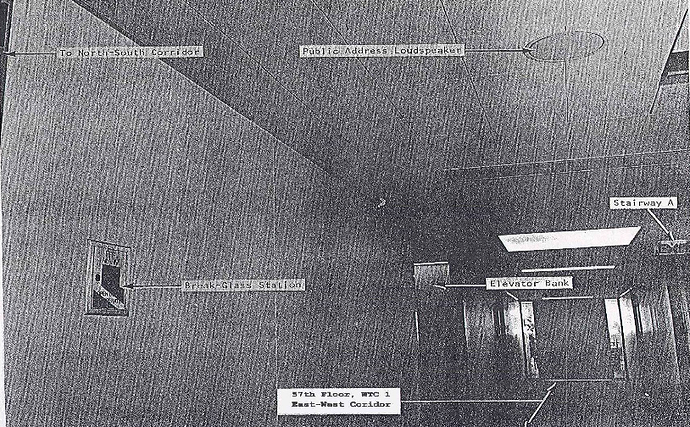 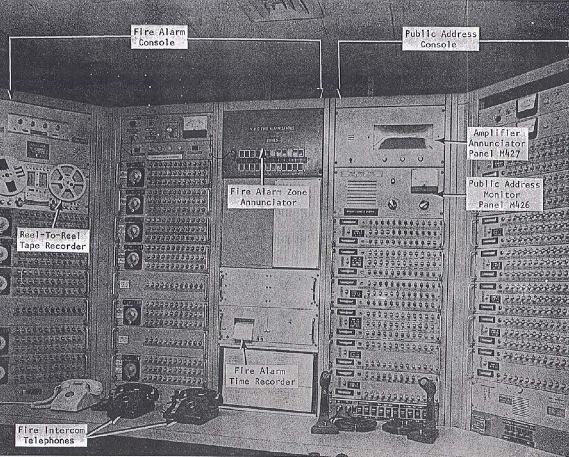 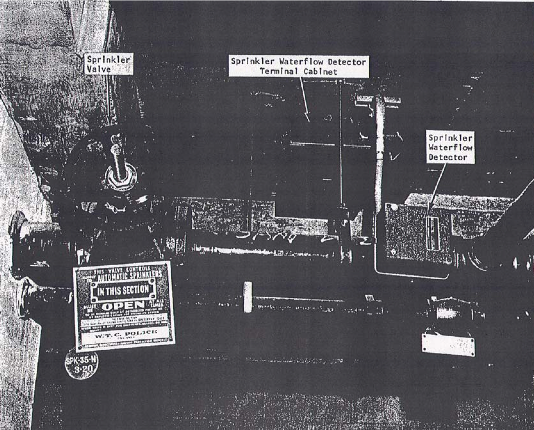 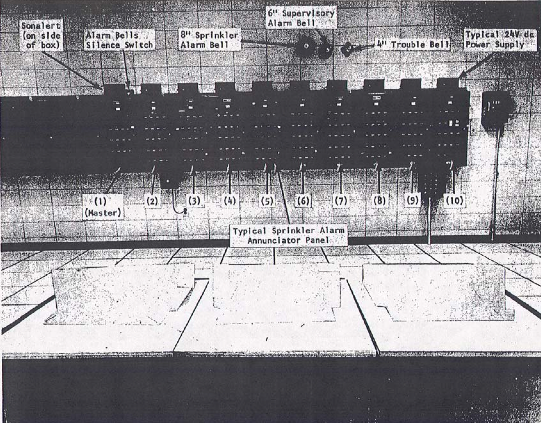 The fire alarm systems in WTC 1 and WTC 2 were replaced following the 1993 World Trade Center bombings.

A Cerberus Pyrotronics MXL-V fire alarm system with emergency voice/alarm capabilities was chosen for the new system. The system supported a decentralized infrastructure that consisted of six independent fire alarm systems protecting WTC 1, WTC 2, WTC 4, WTC 5, Concourse Level and the Sub-Grade Levels. These four buildings had a master monitoring and control Network Command Center located at each building’s Fire Command Station which were located in the entrance lobby of each building. Multiple redundant Network Command Centers were installed. The installation of the system was divide into these three phases:

That is very nice. I’ve been wondering this for some time now, but hadn’t really looked into it.

Really cool find! I’m always interested in what alarm systems are in massive skyscrapers like that! I wonder what the new World Trade Center complex has as far as fire alarm/mass notification systems. I know I saw a documentary on the rebuilding of the tower and how they added wider, pressurized stairwells, and upgraded the materials in the building to make it a lot stronger, especially in the core of the building.

I wonder what alarms they will have in the new buildings. Will it be a Simplex system? It seems like Simplex would fit nice in there.

If I remember correctly, a tech familiar with the matter said that some little New York based company that we wouldn’t know about was doing it. If not, I wouldn’t be surprised if it was another Cerberus Pyrotronics/Siemens system since the Port Authority did have contracts with them before.

I just can’t see it being Fire-Lite or Silent Knight. I don’t think the largest Fire-Lite panel being able to handle that many devices. They would probably have to link a couple panels together or something.

I’m trying to find out more details about this and weather or not this claim is accurate (it is a couple of years old), but according to a tech on DFA:

In talking to the architect and engineers for the buildings, I know what manufacture is going in these buildings and its not from one of the big 4 (Honeywell Life Safety (Gamewell-FCI, Notifier), Edwards, Simplex, Siemens) but a little known New York City manufacture. Cannot disclose till the official deal is complete since I know the functional requirements may not be met using this manufacture.

I don’t think he’s calling the company small, if that’s what you were thinking, but instead, he is saying that their product line is aimed mostly at small to mid sized systems, and their equipment wouldn’t be well suited for a job as large as the WTC.

If I remember correctly, a tech familiar with the matter said that some little New York based company that we wouldn’t know about was doing it. If not, I wouldn’t be surprised if it was another Cerberus Pyrotronics/Siemens system since the Port Authority did have contracts with them before.

Judging by this claim, the new system is most likely made by Firecom (LSN2000 system). They’re based in NYC and specialise in highly customizable high-rise fire systems, one of which I’ve actually seen across the street from the WTC at the World Financial Centre.

So EST/Edwards wouldn’t work? I don’t know much about their products.

So EST/Edwards wouldn’t work? I don’t know much about their products.

EST has networking panel capabilities as far as I know. So it could probably work. It’s really tough to judge what could get the job done in such a large building like the World Trade Centers. My brain would fry just thinking about working on such a project. :?

I have confirmed with a tech familiar with the matter that the system will indeed be made by FireCom, which, once again, is a New York based company.

According to him, all of the major Honeywell brands were trying very hard to get this project, due to its size and scope. However, FireCom agreed to sell the equipment to them for very cheap since they were after the service contract for the building.

Looks like the initiating devices are most likely to be rebranded Sigcom T-Bars, and rebranded Apollo smokes. My guess is that they’ll use Wheelock Notification Appliances since that is what FireCom has used in other setups (such as in the new WTC 7 building).

I have videos from 9/11 which demonstrate the fire alarms- however, due to the very touchy nature of the subject I wanted to know your guys’s opinion before I link them.

As I said in my first post, this topic exists to show the workings of fire alarm systems in large buildings, and is not trying to say that they were the most important part of 9/11 or something like that. As long as everybody remebers that, I think your videos will be fine.

Beat ya to it, Prog! :mrgreen:

Well, this was footage from 9/11 in which the fire alarm was in the background which is why it could be touchy.

Was this video to which you were referring?

The whoop tone that they have on the system is kind of creepy, especially in the environment that it was sounding in.

Well, yes, that was one of them.

I’ll get around to posting the others soon; I’ll have way more time once finals start on Friday.