I saw that! To me it also feels like a cross between Simplex and RSG’s T-bar pulls. The alarm signals at the school also felt like an unusual combination of the Amseco Select-a-Horn/strobe, System Sensor SpectrAlert Classic and Simplex TrueAlert. (Of course back in 2002, horn/strobe fire alarm systems were kind of rare in Canadian schools, as many still had bells at the time. But here in the USA, it was the other way around…)

Rewatching Stranger Things on Netflix to get ready for the newly released season 4. My now-astute fire alarm senses noticed this BG-12 in a scene from S2E4. Mind you, the show is set in the 70s/80s… 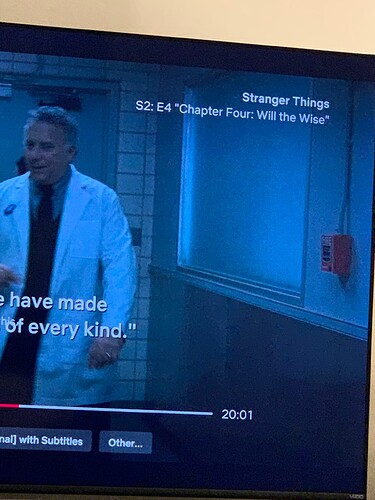 Guess they just didn’t take small details like that into account, though I know Zak Wolf once told me that one time while a film company was filming in downtown Brockton, Massachusetts for a movie set in the 1960s, they removed a Wheelock AS from the outside of a building due to being anachronistic, so I guess that production company took such details into account!

r/HVAC - Any other Stranger Things fans in this sub? The presence of this AC...