Upon request, here are the devices in my collection with pictures, as you can see I particularly like Simplex devices from the 70’s and 80’s. I do welcome newer, non-Simplex devices to my collection, but I usually won’t go out of my way to buy them, because there will probably be an opportunity to get some on a job site. Of the non-Simplex devices I have, I got all of them for free except the Exide 969-R, and the FCI MS-2. 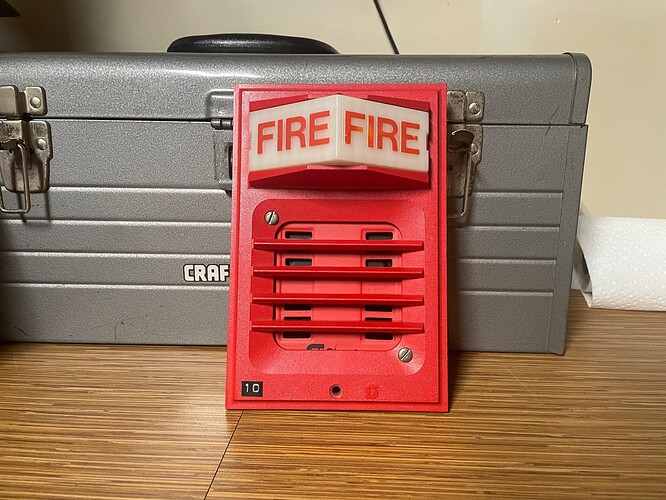 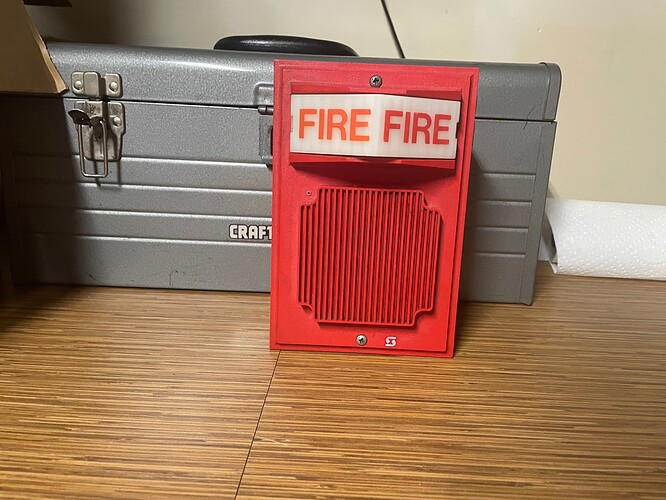 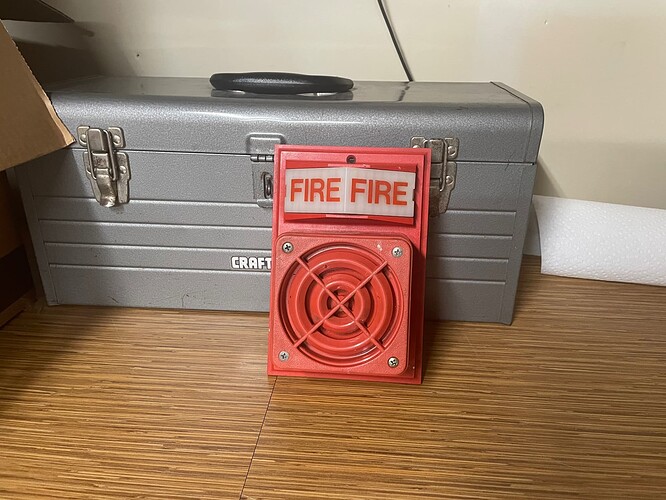 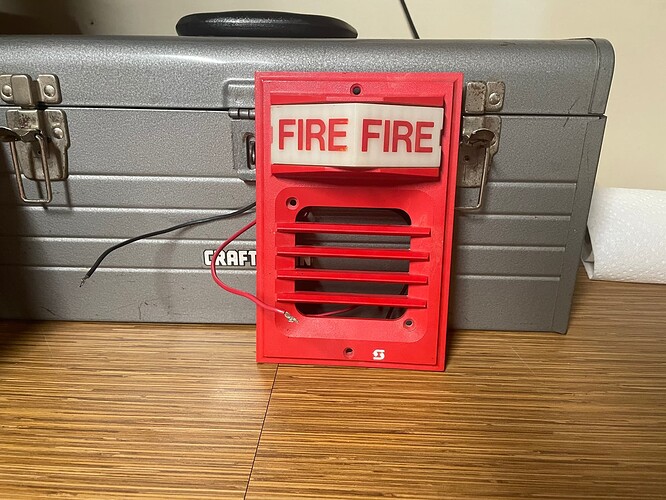 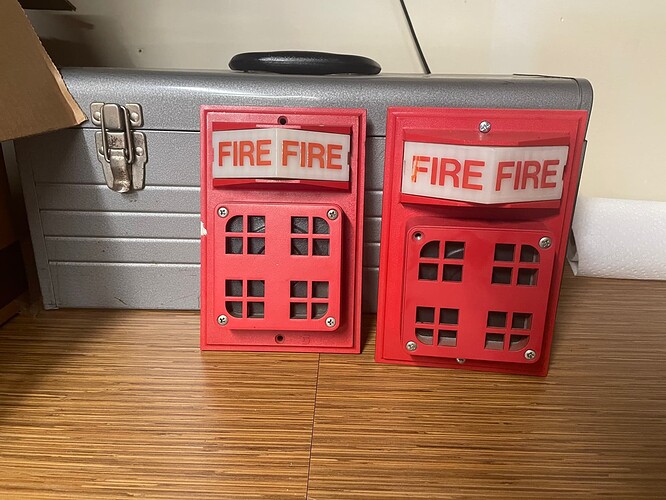 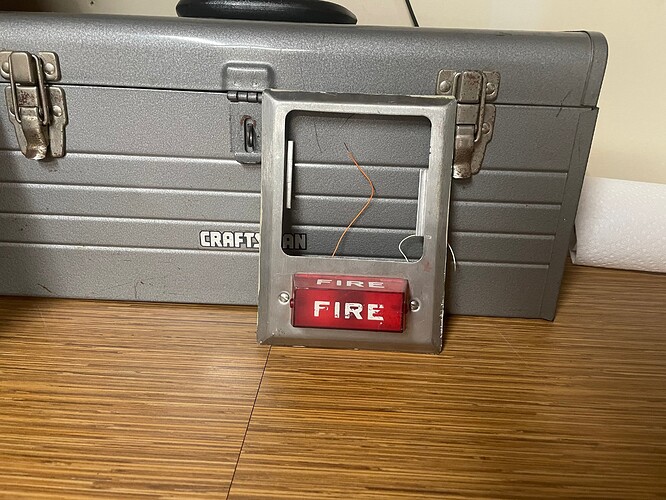 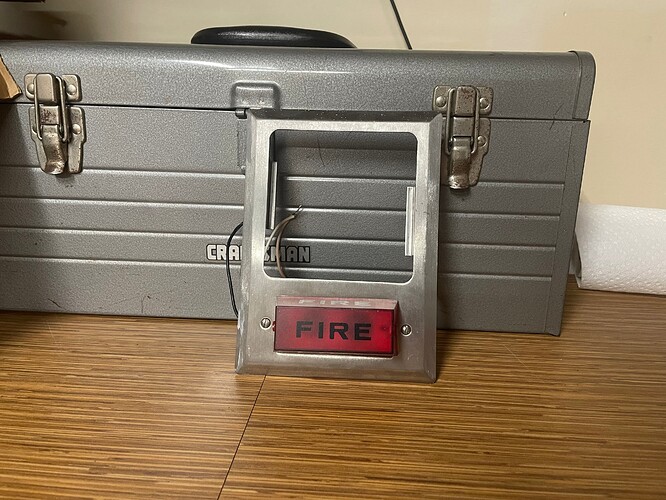 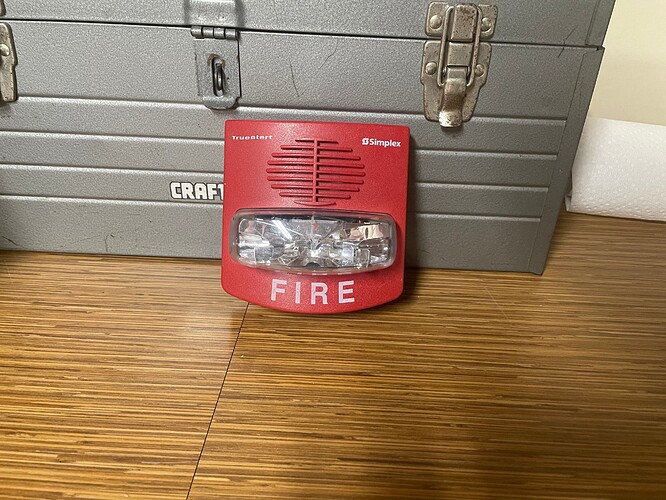 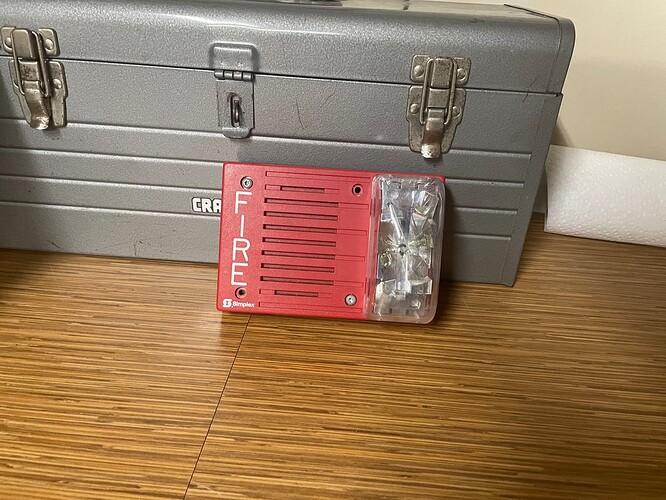 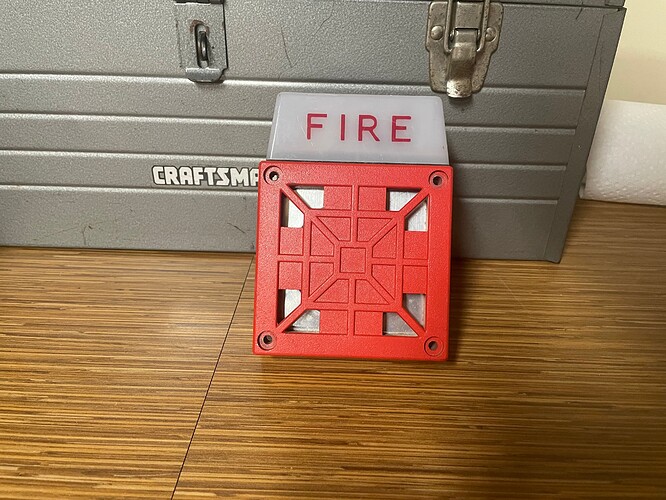 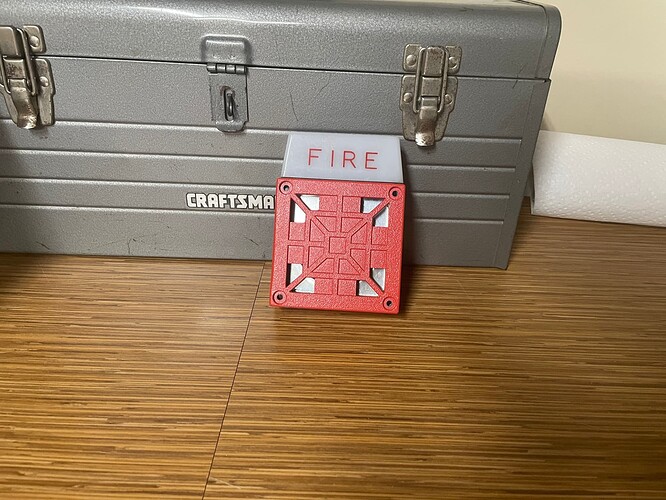 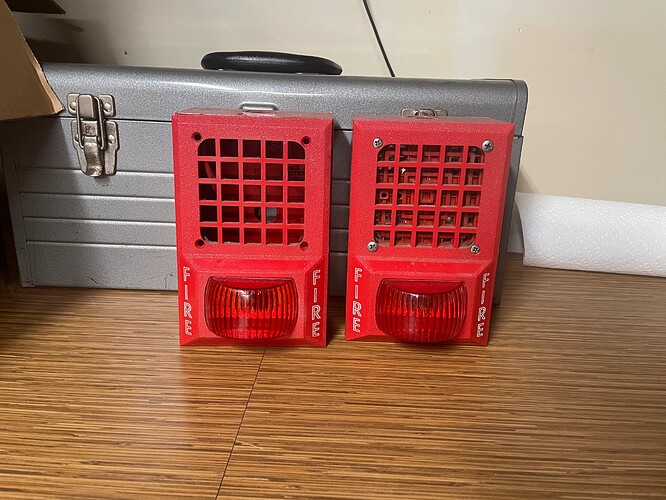 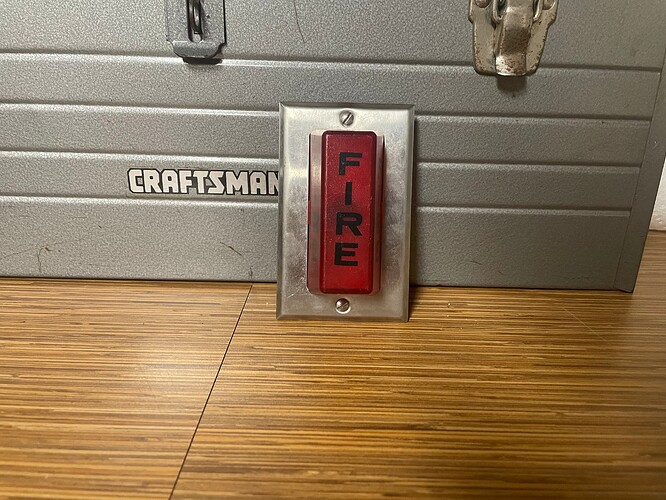 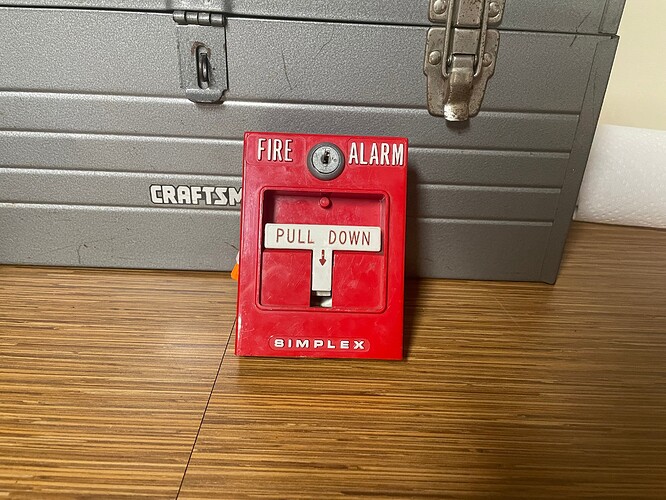 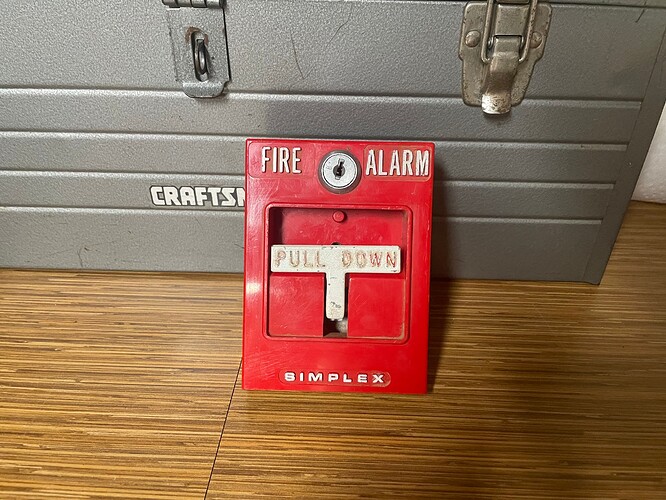 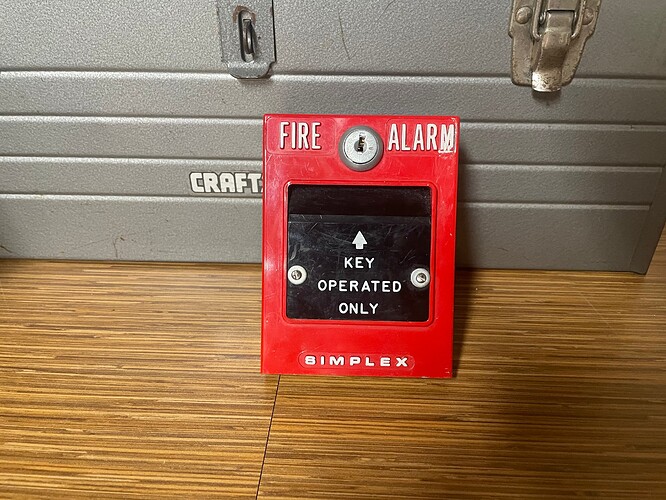 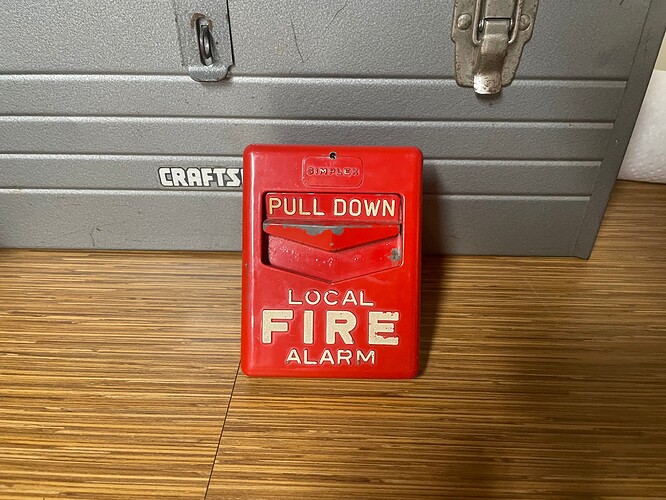 image4032×3024 1.14 MB
Simplex 4251-1 Chevron pull station. I collaborated with the precision machine class at our local vocational school (which also has these same pull stations in it), to fix the hex key lock on this. It had been stripped out from years of resetting, so we drilled and threaded a new hole and installed a 6-32 set screw to be able to function as it once did. 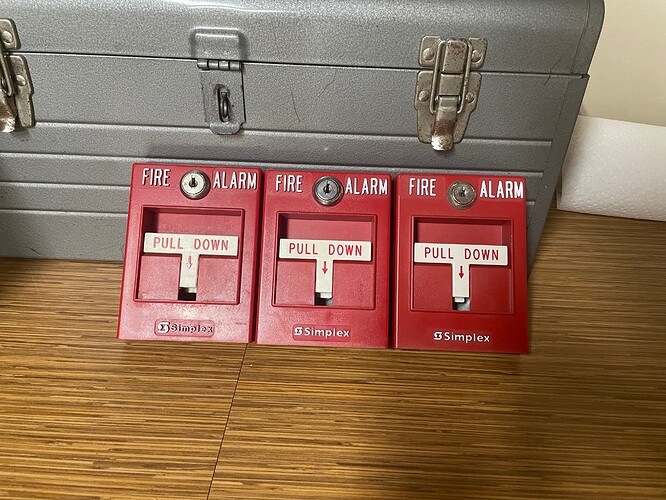 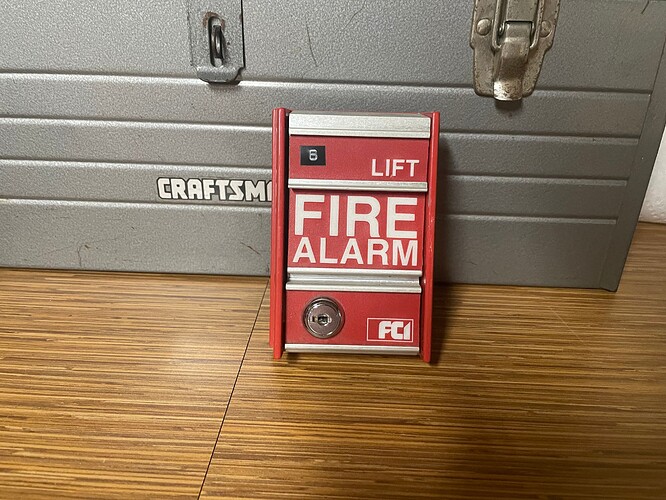 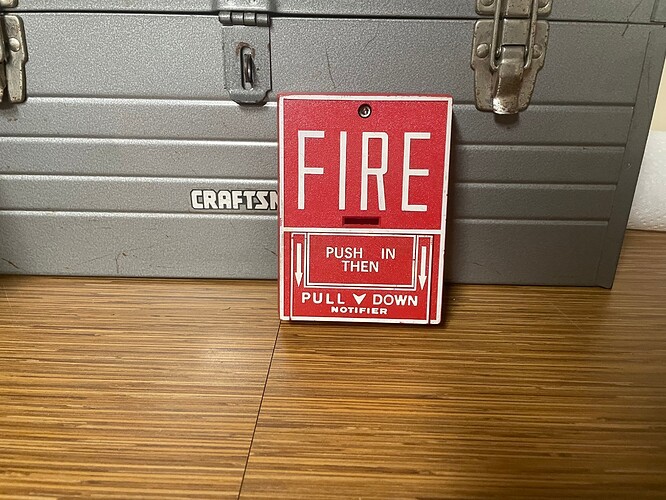 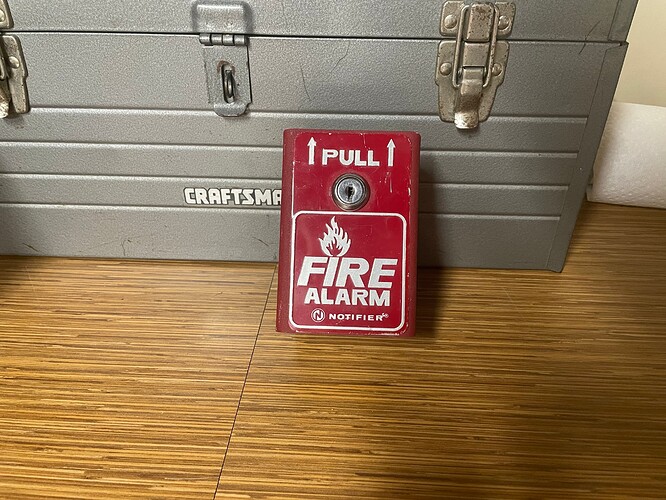 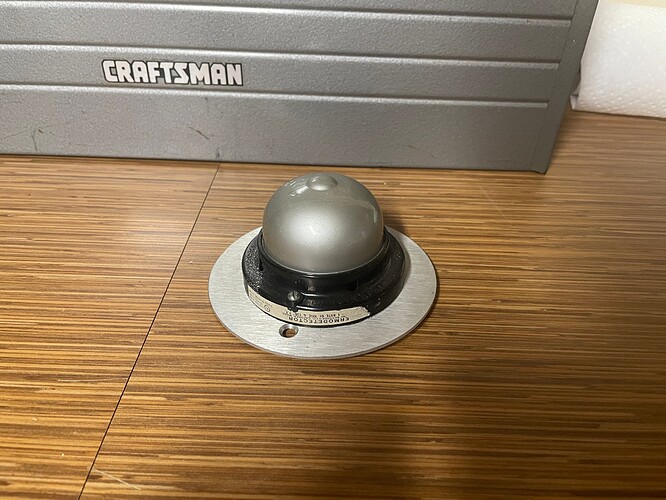 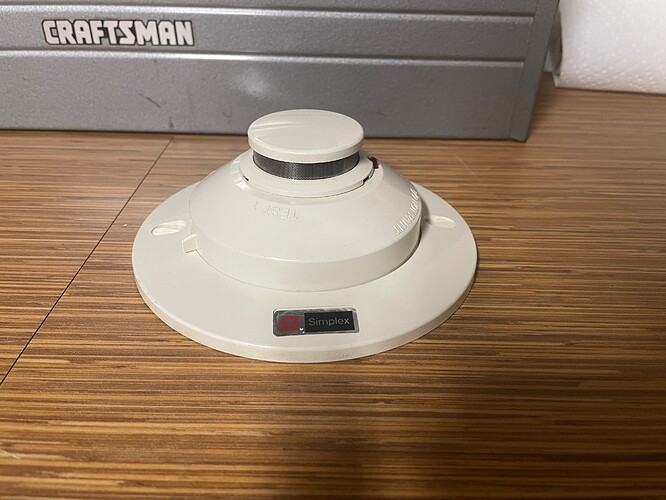 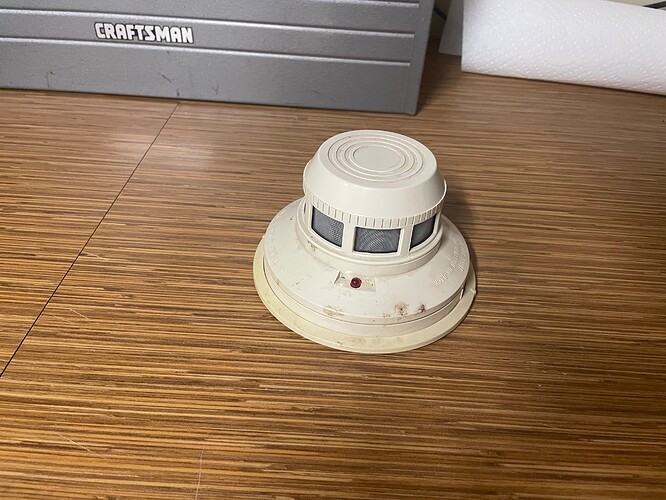 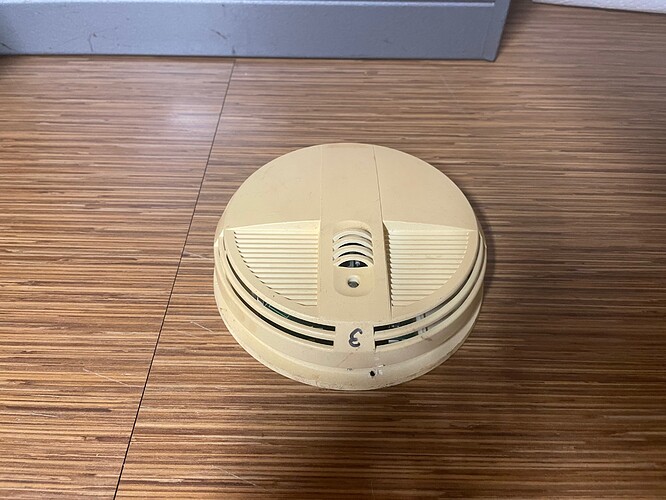 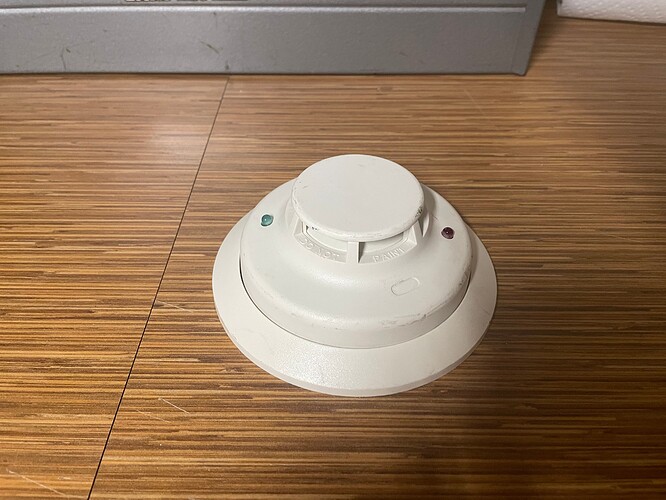 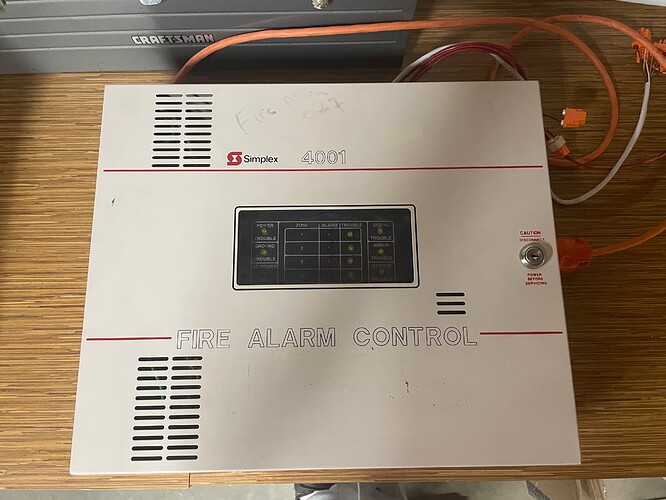 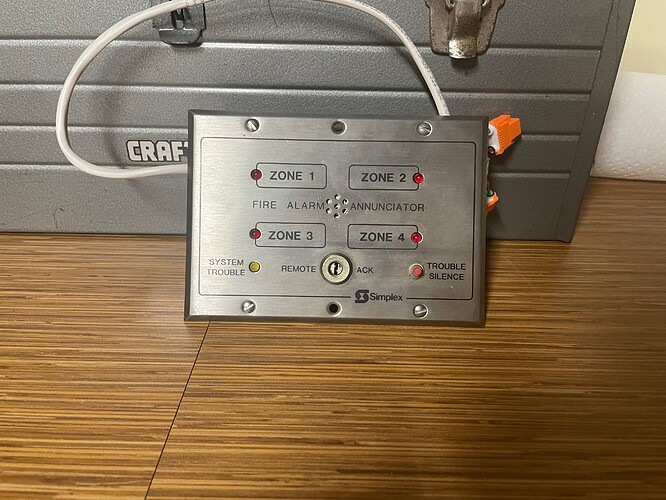 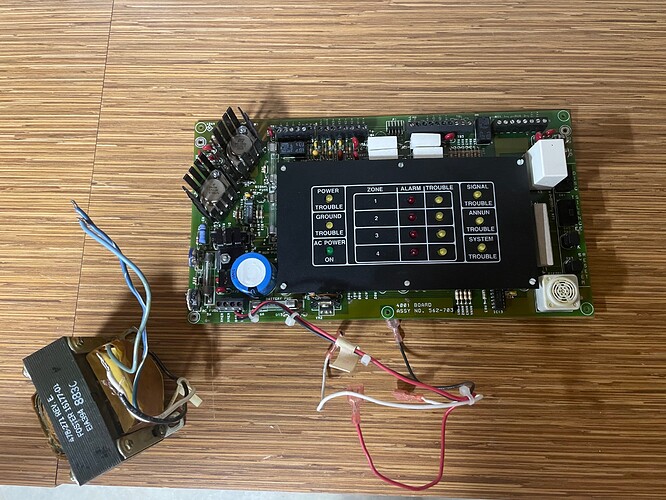 Note: I used to have a Fire Lite MS-5024UD panel that had suffered water damage in its installation, so I got rid of it when it started going into alarm by itself, and would not silence until you disconnect power. 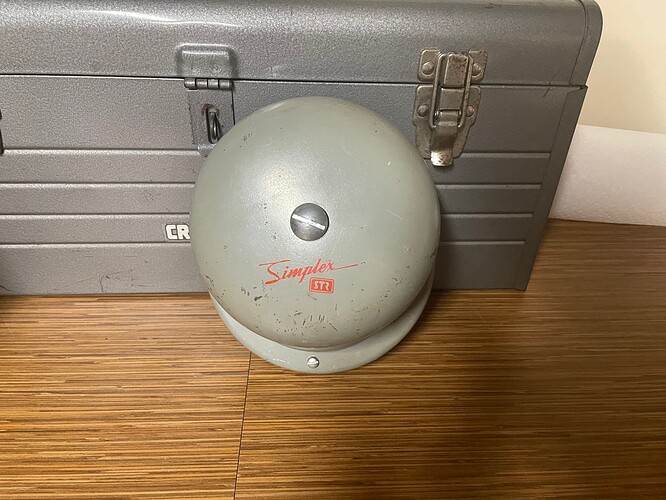 image4032×3024 1.01 MB
Simplex 4017-62. This came from our local vocational school and was placed above the suspended ceiling when the building was undergoing renovations, there is another one like it in the building thats still in place but has been disconnected.

I also have added devices from a full FCI FC-72 replacement I made on another post, so go check it out if you haven’t seen it yet. FCI FC-72 System Replacement Complete

Nice collection! I’ve got a similar pull station to your 4251-41: mine is called the “4251-50”, & the only difference that I can see to yours is that mine was break-glass (someone removed the break-glass frame though). Both of our t-bars are rare 1st-generation 4251-series pull stations, & both of them would be used thusly: the button would be connected to the panel in the normal way, & it would put the system into 1st stage, letting the occupants know that there might be a fire & to standby, while the key switch behind the handle would be hooked to another zone that would put the system into 2nd stage, changing the pulse pattern of the alarms & telling the occupants to evacuate.

Wow. Thats amazing. Kinda jealous of those 4050-80s with the fire lettering on them. How did you manage to get them? Just curious. You have a really nice collection of rare alarms

Thank you, I have expensive taste when it comes to fire alarms lol. I found both 4050-80 light plates on Ebay within the last month. The 4050-80 came in a package deal with a Simplex 2903-9101 strobe plate and an Exide 969-R remote light plate, and the 4050-81 I got a few weeks later. Before that I had been looking for a 4050-80 light plate for almost 6 years, and I now own 2. Some of the rare devices that I still have on my wishlist include a Simplex 4208, Simplex 2001, a first generation Simplex 2903-9101, and I want to eventually get my hands on a French Simplex 4251 series pull station, as I’ve seen a few pictures of some in Canada but have never seen one come up for sale. I hope that with some patience I can obtain these devices.

Ooooohhhh you got that lot of 3 from Mr Truealert. He sold those 3 alarms. Price was hefty but glad theyre still in good hands