So these new panels as goes.
Simplex 2004FS: A 4 zone panel. This is Simplex’s first 4 zone panel since the 4001.
This is meant for smaller scale buildings that would be stuff like gas stations, small convenience stores and etc
Simplex 2008FS: a 8 zone panel, IMO that is basically Simplex’s answer to the Potter PFC-6006. This one has a LCD and it can be programmed by the front user interface or PC software.
Now we will get to the adressable equipment.
Simplex 2050FS: a 50 point addressable panel like the ES-50X and the 9050UD. Its a smaller scale addressable panel and it could be used for buildings like McDonalds, small retail and etc.
Simplex 2250FS: The highest end panel of the Foundation series. This is a 250-point panel like the Simplex 4010 was and its basically the same as the 2050FS. But there is more points
Also the 2050FS and the 2250FS cannot be programmed in the panel interface BUT can be programmed on a cell phone which is a first for the Fire Alarm industry. The app is on the google play store that means anyone can download it (including YOU). These panels also don’t use IDNET. They use a different protocol that is like the Siemens addressable device and EST addressable devices but here’s the twist, they can be programmed by phone which makes the device programmers like the Siemens DPU obsolete. The Foundation Series seems to be a good series and a game changer. What are your thoughts on the series. 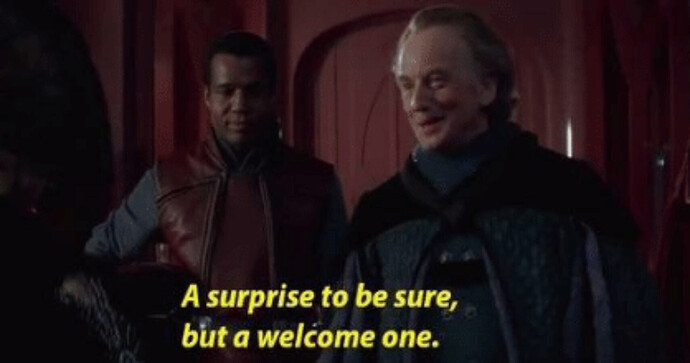 It seems very unlike Simplex to be releasing what seems to be non-proprietary panels, but I guess doing so expands their potential customer base to many smaller businesses. It’s going to be interesting to see how this plays out

This is not a hoax - it’s real!
I commented on the Instagram post asking for proof, and the poster replied with this link to a video on an official Johnson Controls training platform.

Pretty good I think. Interesting to see Simplex move away from proprietarytaryness for this series unlike with the ES-series (though all the better for us enthusiasts of course).

Also definitely interesting how they went with cell phone programming instead of software on a computer. Clever how they made the devices’ addresses programmable as needed: that’s probably what Edwards/EST should have done instead of giving each device it’s own permanent address (so that replacements could be done quick & easily by simply programming the original device’s address into the new replacement device).

Well for this panel. Its basically Simplex getting into the smaller sized market. The ES series is going to be around but i wouldn’t be surprised if the Simplex 4007ES may be used less for new installs since the 2250FS supports the same amount of points and its probably cheaper to install and it seems that the MX series is on par with IDNET. The 4007ES would probably be installed if they want Addressable notification. Also I wonder what will happen to the 4006 since the 2008FS is here with us. Will they still sell it (since that panel can go up to 10 zones while the 2008FS can only go up to 8 zones.) I wonder if this would be popular as Potter or FireLite.

My guess is for the ten-zone replacements, they’ll use either one of the Foundation addressable panels depending on how many devices each zone has.

Two PDFs from Simplex’s site, a brochure and an infographic.

The Foundation Series panels are rebranded Zettler (JCI’s fire alarm brand in Europe) panels.
This is why they use a different initiating device protocol.

On a related note, Simplex sold off their offices in Westminster, Massachusetts recently.
https://www.wbjournal.com/article/following-merger-irish-manufacturer-sells-westminster-offices-for-25m

It looks like we’re seeing the end of over 60 years of Simplex product development in Massachusetts (or 120 years, if you count the time period before Simplex bought IBM’s timekeeping and fire alarm business). It truly is the end of an era.

No wonder why these panels have a European fell to them, I wonder there doing this too kept cost low, I heard these are priced like FireLite. Now the 2008FS and the 4006 share a similar screen in common with each other
4006: 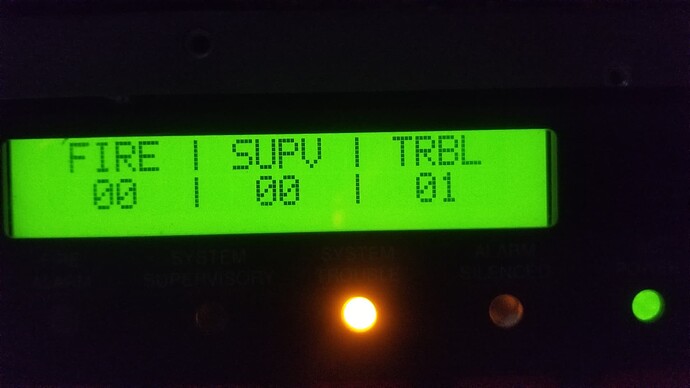 JCI owns Zettler too… it’s more of a consolidation than an outsourcing. It is still sad to see JCI cannibalize the Simplex brand.

@Dr.Exquisite It’s not just to keep the cost low on these… as stated in the article I linked, the Simplex headquarters in Massachusetts are done, marking the end of an era.
Ever since JCI took over, I had a hunch that they would end up doing things like this. Remember, the only reason the merger took place was for tax reasons.

Yeah, but from what I’ve been told Johnson Controls only acquired Tyco SimplexGrinnell just so they could avoid paying US taxes! If that ain’t a dirty business move I don’t know what is.

Johnson Controls acquired all of Tyco, which included many things beyond SimplexGrinnell. 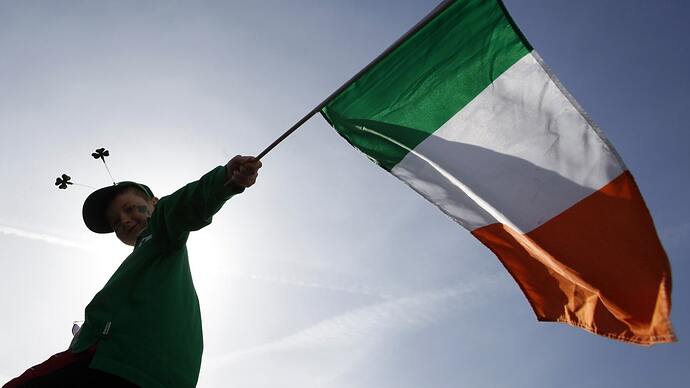 Irish eyes are smiling in the world of mergers and acquisitions, with Milwaukee’s Johnson Controls becoming the latest U.S. company to capitalize on Ireland’s welcoming tax rates.

Regardless, it’s still dirty of them to do that just to (essentially) commit tax evasion, & given what they’ve done with Simplex since the acquisition I honestly wish they’d leave & let Simplex be Simplex again.

It is still sad to see JCI cannibalize the Simplex brand.

Especially considering that Simplex has been manufacturing there stuff for generations, then this happening. I hope the new who ever continuing will be able to carry the touch that Simplex left off at but there going to probably overhall the Simplex line completely in the next 10-20 years.

@TheCarson116, its scumy, I would rather see Simplex as a independent company like how Potter is since stuff would be much much different and maybe in the better direction but it is what it is or maybe worse. JCI hasn’t been the cleanest company.

Now i wonder whats going to happen to the people who designed the products like the ES series. Where are they going.

Yeah, though so far most of what they’re selling is still undoubtedly theirs & not simply rebranded from another company (well, aside from what’s made for them by Hochiki, but that’s still not really the same as what Johnson Controls is doing with the Foundation series).

Yeah, heck I’ve written down a list of things Johnson Controls has done wrong, most of which they’ve done since acquiring Simplex (in fact I just realized that thanks to their decisions & actions they’re making Simplex look bad).

Looks like the 2004FS is mostly just going to be used for replacing old Simplex 4001 panels and other similar systems, with the 2008FS gradually taking place of the Simplex 4006 and the purpose it served (heck, I’ve seen a 4006 system replace a 4001 panel, too!)

The 2004FS is basically a mondern day 4001 but the 2008FS is more of a replacement for the Simplex 4004, 8 zone 4005s, and the 5 zone 4006s but the 10 zone 4006 doesn’t have a proper successor. The problem with the conventional panels are that the biggest one is only 8 zones while the rest of the competitors have there biggest conventional panel being at 10 zones (with Silent Knight having a 30 zones). I think Simplex should come out with a 2010FS that can be expanded to 32 zones. Since it would work as a direct replacement for the 4002 and 4005. Or just a 2010FS would work as well.

The Foundation Series panels are rebranded Zettler (JCI’s fire alarm brand in Europe) panels.
This is why they use a different initiating device protocol.

Zettler is also doing re-brands too, its P80AV series is just re-branded Truealert ES Led Horn Strobes for the EU market though…

Another unrelated note, JSI owns The A/C division of Coleman…

Unless it’s the other way around & the TrueAlertES series is a rebrand of Zettler’s P80AV series.