Gamewell masterbox with a phone in the bottom

sideways lettering usually means it was mounted wrong. ie: a ceiling device mounted on the wall, or visa verse.

The pull station pictured above appears to be an older Firecom model used on 8500-series systems. Definitely a really nice and rare device.

Looks like a Simplex pull and a Central “GB” style sprinkler head. Both very common.

How about some odd Faraday pulls? 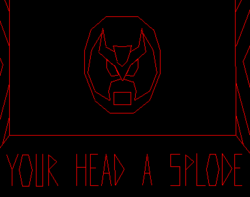 The oddest one I’ve seen is probably the USP (United Security Products, not the pistol) FHS-24. It’s a 7002 knockoff. 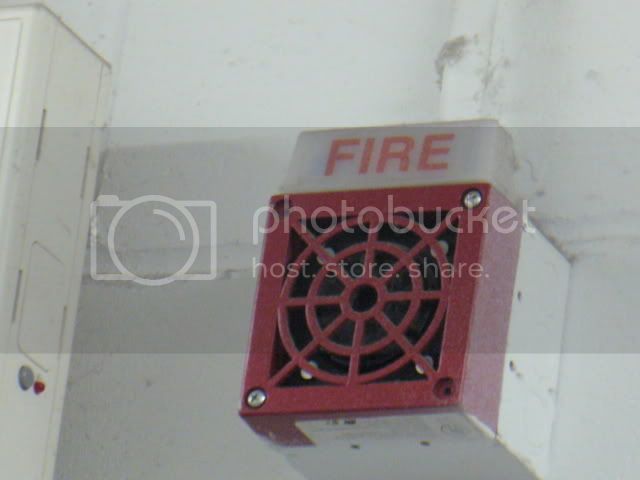 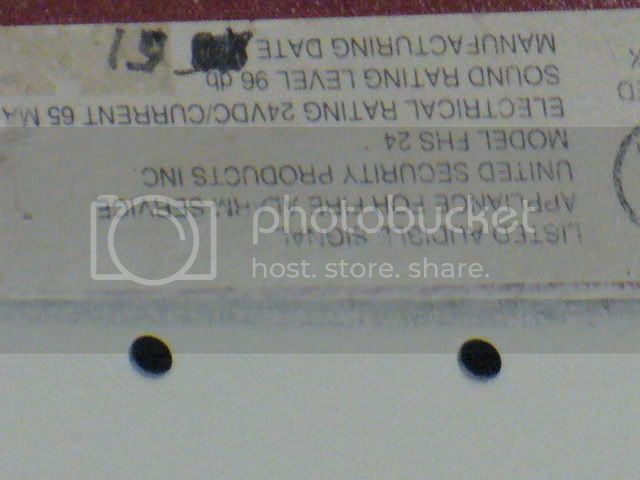 I almost had 2 a couple of years ago. I won them off eBay, but my money order got lost in the mail. :x

There’s also one with a vertical strobe whose lettering is set in the same font as the one on the MASS. (the non-squared font) There is one of these on eBay.

I’ve never seen the version of it with the strobe on top, but I do believe I have the other model you mentioned, pictured below. Also, here’s a few more odd ones.

That speaker strobe is a System Sensor RP241575 retrofit plate with a System Sensor V400R speaker. The strobe plate is uncommon in installations, as with its Sounder/Strobe Version the PS2475ADA. The nickel Wheelock ET70 is very odd, and I believe it was discontinued because there is no documentation on Wheelocks’s website. The USC FHS-24 is extremely rare because I don’t think they were in that many installations. The original 7002 came out in 1976, and I believe the FHS-24 came out between 1978-1985. There is one on eBay and it is NOS, and I remember when it was listed around 2008. Now this is an odd one…

I think that was made by Holtzer-Cabot.

I recall seeing one of those silver Wheelock speaker/strobes at the GE Building’s Top of the Rock observation deck in New York City. That nickel finish is definitely quite unique and looks fantastic.

Here are a few pictures of odd alarms I’ve taken over the years: 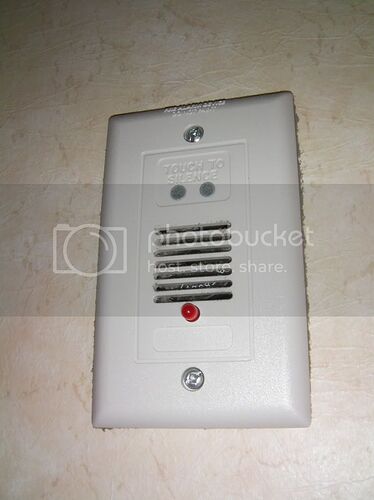 Silenceable in-suite EST mini-horn. Not so rare in Canada, but I don’t believe you’ll find these in the U.S. (not UL listed). 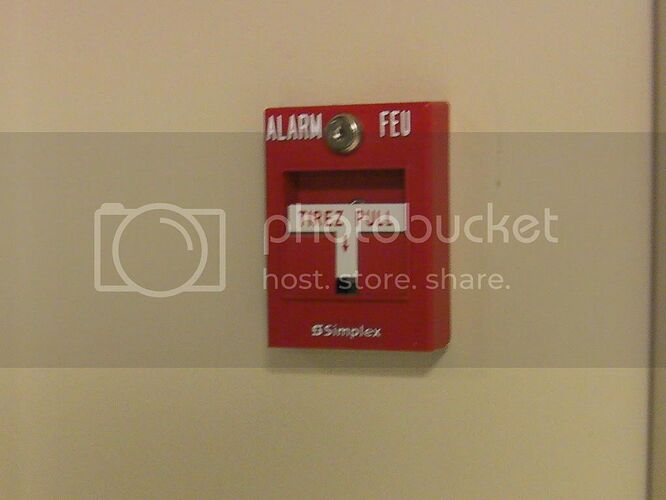 Simplex T-bar with bilingual lettering. Strangely enough, this one (rare version) reads “ALARM-FEU” rather than “FEU-FIRE”. Looks like someone didn’t understand how translation works since the English lettering doesn’t mean the same thing as the French lettering on this device!

Notifier firefighters’ telephone with a speaker. I’ve only seen this setup at one place and can’t seem to find any documentation about these devices.

I saw a system sensor speaker strobe that is rare…

Are you sure that’s not a Wheelock speaker?

Simplex T-bar with bilingual lettering. Strangely enough, this one (rare version) reads “ALARM-FEU” rather than “FEU-FIRE”. Looks like someone didn’t understand how translation works since the English lettering doesn’t mean the same thing as the French lettering on this device!

I’ve always thought French bilingual pulls are interesting because there is only one word for fire in English, but two words for fire in French with different connotations. “Feu” is the general noun that refers to the natural phenomenon itself, while “incendie” more specifically refers to the event of an unwanted and destructive fire. “Feu” is used on fire alarm devices, yet the phrase that refers to a fire alarm in French is “alarme incendie”. The semantic reasoning is that the sight of “feu” would not be called an “incendie” until after such an event has happened, similar to how a thunderstorm is only referred to as a natural disaster once the disaster has occurred. Just as a severe thunderstorm warning is not usually thought of as a natural disaster warning, “feu” is the proper word choice to put on a device that gets pulled to warn of an impending “incendie”.

Are you sure that’s not a Wheelock speaker?

That’s a System Sensor speaker from the late 80’s/early 90’s. Notice that the strobe is similar to the MASS.

That’s interesting. I knew about both terms meaning “fire” but I wasn’t aware of that.

Just a note on that Faraday pull I posted earlier on, its a bit different than the model most of you have seen (I think). Its a little older and the top area that says “fire alarm” is actually holographic and if you move the pull in your hands at different angles, the text will appear and disappear.

Now for a few more…

One of those Alert / Fire Spectralert Advances, and a pair of Spanish language horn strobes.

What about this bell I got today at a flea market…

can we start enforcing that new rule???