Oh. ASes have only one screw though, for securing the alarm to the bracket (at least if that’s the one you mean). 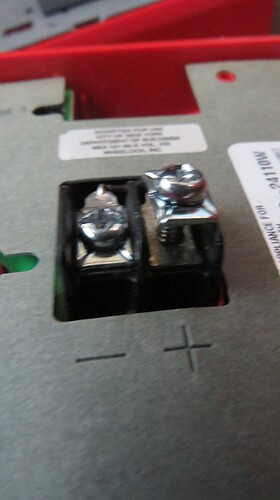 Both of the screws will not work. Hopefully someone will diagnose the problem in an hour or less 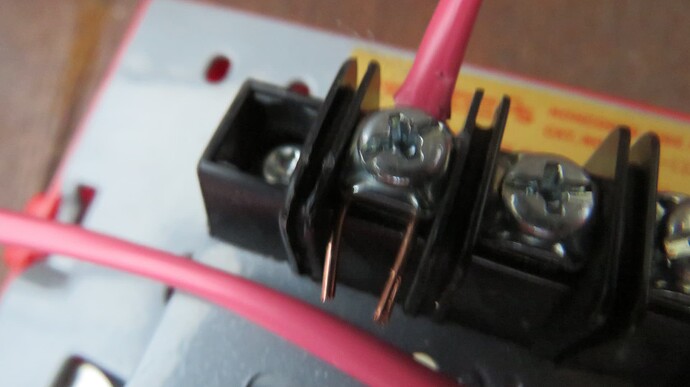 Those screws are not meant to come out. To wire them, you slip the wire in between the metal plate behind the screw, and the metal of the screw hole. You only have to unscrew them just enough to where you can fit the wire underneath, then you tighten it gently. 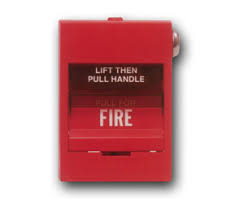 The issue is with the alarm, not with the pull station.

You can try using a wider screwdriver, or a rubber band jammed in between the grooves. If it’s bad enough, you might try buying a stripped screw removal kit to get the old screws out and find new ones that size.

Provided there are two wires in that cable, once again that is not how you wire something like that: put one wire in each terminal, not two in one terminal.

What is the best wire for powering a fore alarm with a pull station without a panel.

My dad said the negative terminal on the Wheelock AS is not meant to come out.

Main Question: How should I wire the alarm up if the screws won’t come out?

You’re not supposed to take the screws out of the terminals: you’re supposed to loosen them just enough to slip a wire underneath, & then tighten them back down to hold the wire in place.

I recommend going ahead and giving this video a watch: Wiring Technique - YouTube
I’d advise you to watch the whole thing, but pay special attention to 4:16 onward, as it shows the correct wiring technique for plate terminals, which the AS and most modern fire alarm equipment has. You should only strip approximately one-quarter to one-half inch of the wire, and do not bend it into a J-hook. Unscrew the terminal just enough to where you can slip the wire underneath the plate (not underneath the screw) and then tighten gently.

As Carson mentioned, the way you have wired your pull station is incorrect. It looks like you have FPL wire - that is, wire that is two-conductor. Connect one conductor to the terminal labeled 2 on your pull station to the positive end of your power supply. Connect the other one to the positive end of your AS. Then, with only one conductor, connect the negative end of your power supply to the negative terminal on your AS. That way, when you pull the alarm, power will flow to your alarm. Take a look at this edited version of Arie’s diagram: 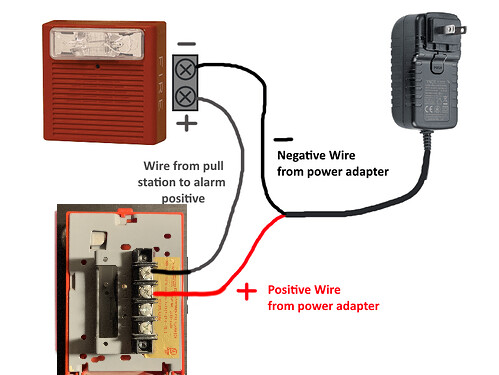