Gas Leak at my School Today

Ok my school is cursed. (Jk but it actually could)

So This is the second time an incident has happened at my school this year. A few months back, My school had a smoke condition in the ceiling of one of the classrooms. (Its says its a legit fire but it wasn’t because I did not know at the time.) We had evacuated and the FD extinguished the fire and cleared us. I have a post about this, So check it out.

(Note: I suppose that you know about what happened in march and the school’s system. If you don’t know. I linked them in this message.)

On Tuesday of this week, construction work started on expanding and renovating the science rooms, the workers have been working on this since then. So everything was moving along nicely until today.

I also need to note that the district enforces the schools to activate the Fire Alarm in ANY Emergency that requires school-wide evac. (My district apparently cannot afford voice evac but can afford 4100Us for all the schools. [They are weird.] ) So if there is a general Evac, the fire alarm sounds.

Apparently, the workers were trying to take down a wall. When they were Jack-Hammering the wall, they hit a gas line. The workers informed the school administration and decided to only evacuate the classrooms around the work zone. About a minute later, They evacuated the entire school by sounding the Fire alarm. (Was a Manual Activation. Just to clear up some confusion I caused in the last topic. ) The alarm activated a little before 10:00 AM, or Second Period. We evacuated like any other time. (We had a fire drill in 7th Period on Tuesday or Wednesday of this week, (I forgot the day) so the evac process was still fresh in our minds.)

Once Evacuating, School safety and TFD showed up. Because of our existence in Arizona, we moved to the shady solar panels 5 minutes later.
I overheard from a teacher that was next door to the construction site that the workers were jack-hammering the wall. Eventually 30 minutes passed and no luck. Another 30 minutes in, the School Safety Team drove a SUV Full with only water bottles. ( Which I think is kinda hilarious in my opinion.) They obviously gave the water-bottles to us.

15-ish minutes later, the buses showed up, and this is where things get weird.

So, you were given two options, go find your parents in the bus area or board a bus to get transferred to a high school. (There was a big fight (I mean Police involvement big) on Tuesday at this school, So there was NO way I was going there.) The school eventually let some of us get our backpacks and other things. Some weren’t so lucky and have to wait until Monday to get them.

When I re-entered to get my stuff, I smelled gas and had small CO symptoms. Thankfully I know what CO is and got out of the building pretty fast.

Our local Gas company then shut the gas off. (Or was looking at the Gas valve, Couldn’t really tell)

After that I was able to contact my parents and I was safely taken home.

I decided to include a picture of the school and where things were. 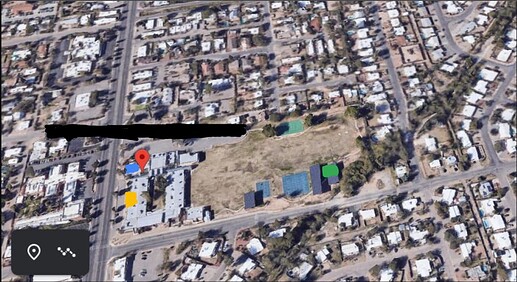 So you can understand why I felt CO symptoms.

According to the Local news, (Yes, They did post this on their websites and I don’t want to include the articles for security reasons. ) The school is meant to reopen on Monday.

Gas leaked, Alarm went off, Evacuated the building and responders came, Waited one Hour, Got a bottle of water, Waited another 30 Minutes, Got released Early, Everyone is safe, News Writes articles about us.

Tell me what you think!